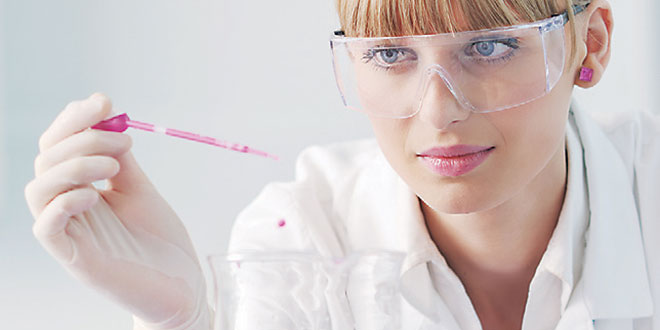 In my experience, most of us know someone with dementia, either a family member, a friend, or a neighbor. So, it is not surprising to learn that in Florida there are 510,000 people with Alzheimer’s in 2016, just one of the many dementia diseases, but the most common. That figure will rise to 720,000 by 2025 according to the 2016 Alzheimer’s Facts and Figures report at alz.org/facts.

However, that projected number might be reduced if one or more of the current research projects pan out. We can be cautiously hopeful, both because of the number of research studies underway and also the progress scientists are making in identifying proteins and substances that affect the brain.

While many studies focus on finding a drug to prevent dementia, a team from the Queensland Brain Institute at the University of Queensland, Australia, has come up with a promising drug-free solution to treat it in mice. It involves sound waves that are able to gently open up the blood-brain barrier and stimulate the brain’s microglial cells responsible for the worst symptoms of Alzheimer’s. The team reports fully restoring the memory function of 75 percent of the mice with zero damage to the surrounding brain tissue. The treatment actually removed amyloid plaques in the mouse brains that may cause dementia. Treated mice displayed improved performance in three memory tasks: a maze, a test to recognize new objects, and one to get them to avoid places. One of the researchers, Jurgen Gotz said, “This discovery fundamentally changes our understanding of how to treat this disease…I foresee a great future for this approach.” The team plans to start trials with higher animal models, such as sheep, and hope to get human trials underway in 2017. (Check online for Science Alert, March 18, 2015)

Another study from Harvard Medical School focuses on the blood brain barrier as chronicled in a May 26, 2015 NY Times article by Gia Kolata, “Could Alzheimer’s Stem from Infections? It Makes Sense, Experts Say.” This report indicates that the blood brain barrier can become leaky with age, allowing foreign substances to seep through. The medical team focused on infections and came up with a startling hypothesis which could explain the origins of plaque that pockmark the brains of people with Alzheimer’s disease. Researchers report that a virus, fungus, or bacterium can get into the brain, passing through the blood brain barrier.

The brain’s defense system rushes in to stop the invader by making a sticky cage out of proteins, called beta amyloid. The microbes become trapped in the cage and die. What is left behind is the cage, a plaque that is the hallmark of Alzheimer’s. In one study with mice, Dr. Robert D. Moir, the original researcher collaborated with Dr. Rudolph Tanzi. They injected Salmonella bacteria into the brains of young mice that did not have the bacterial infection and no plaques. Overnight, the bacteria seeded plaques, Dr. Tanzi said. The above study shows how plaque can be formed in mice. Other studies such as the above Australian study on ultrasound removed plaques in mice. These add to the promising research but human trials will tell the tale.

A third small study showing promise comes from the University of Manchester. Researchers there report news of an anti-inflammatory drug that worked in mice reversing the inflammation of their brain and memory issues. The drug is non-steroidal, anti-inflammatory, a common one used for menstrual pain. It can target an important inflammatory pathway called the NLRP3 inflammasome, which damages brain cells. Twenty mice were genetically altered to exhibit symptoms of Alzheimer’s. Ten were injected with mefanamic acid by using a mini-pump under their skin for one month. Ten others were treated the same way with a placebo. The team found the ten treated with mefanamic acid had a reversal of their memory loss. The placebo group remained unchanged. The team was led by Dr. David Brough and cautions that this drug has side effects and should not be taken for Alzheimer’s disease at this stage until studies in people show that it is safe. But since the drug is already available and toxicity is known, the time for it to reach patients should, in theory, he said, be shorter than if we were developing completely new drugs. This news was published in the journal Nature Communications and reported in the International Business Times August 13, 2016 edition.

It does seem that researchers are getting closer to the much-needed preventative for Alzheimer’s disease and dementia in general. And given what you’ve just read, I think we should all give a shout-out to the mice involved. These little creatures, so cute in Disney form, but so unwelcome in our homes, are providing much good information to scientists around the world. So, here’s to Mickey, Minnie, and all their little friends. I’m hoping to keep their essential role in mind the next time I see one face to face.