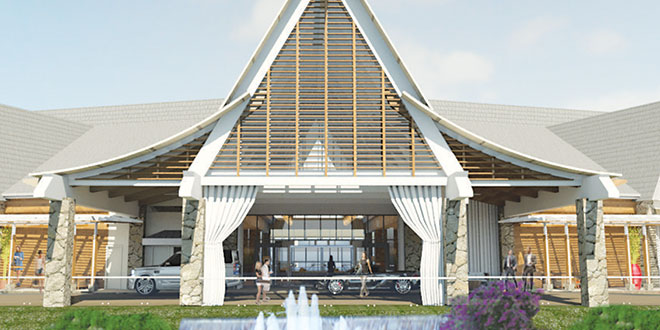 Everything is on target with the $250 million expansion and improvement project at the Marco Island Marriott Beach Resort, Golf Club and Spa.

Among the multi-phase project’s enhancements are expanded meeting space, additional guest rooms, a new exhibit hall, a revamped roster of restaurants and more.

“It’s going great,” Rick Medwedeff, the Marriott’s general manager said of the project. “We are moving right on schedule. We have a substantial number of construction workers here working to get this project done. We have a lot to accomplish during the 90 day window. What we’re very excited about is, when we reopen in August, we will have some 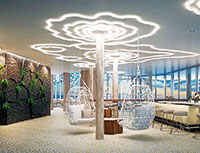 new features for the community to enjoy.”

The updates, upgrades, expansion and additions are all part of the resort’s conversion from a Marriott to the more upscale J.W. Marriott brand in 2017. The facility will be the Marriott brand’s first beachfront resort in the continental United States.

When completed, Marco’s Marriott will feature 100,000 square feet of event space, 810 guestrooms and suites throughout the main resort, the Lanai Tower, a new beachfront Tiki Bar, refreshed restaurants and more.

Now in its 44th year of operation, the Marriott currently offers 726 guest rooms and suites, 57,000 square feet of meeting and event space and nine restaurants. There are also 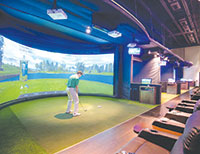 The resort is closed to the public until July 31, while the renovations are underway. The closure includes all water sports.

“The only thing we have available on our beach, at this moment in time, is we have members of our golf club or our social club, they have access to the beach area,” said Medwedeff. “We’re not operating any concessions. Everything is closed for 90 days. If people see a kayak or sailboats out on the water, it’s our 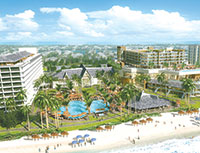 private members. It’s not open to the general public.”

Medwedeff also addressed some questions about the project that have been circulating among the public.

In regards to the facility’s chandeliers, bathroom fixtures, wall sconces, doors and lighting, he said those items will be destroyed because it’s more cost efficient than trying to retain them for resale. “They’re custom made and they’re very old, so it’s not worth salvaging them,” Medwedeff added.

Where furniture and artwork are concerned, some will be liquidated and resold, and some will be reused in the new and improved Marco Marriott.

“Everything else physically attached to the building will be destroyed,” said Medwedeff. “We salvaged as 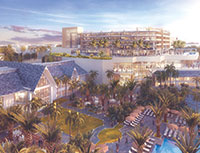 Delays in the city’s construction of a new Smokehouse Bay Bridge have not affected work at the Marriott, which contributed $1 million to the $7.6 million project.

“We do not sense that that delay is going to impact us at all,” said Medwedeff. “We’re disappointed that it’s been delayed from a general public perspective. As it relates to influencing or affecting our project, we see no impact.”

Medwedeff also said rumors that some buildings will be imploded, as part of the project, are 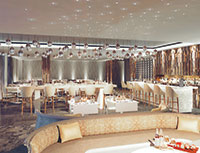 incorrect. Demolition work is underway, and is being accomplished by using equipment that uses a “claw” process and then “pinchers” to break down the materials for recycling.

Work on Phase One of the project began May 4, and is expected to end by July 31.

Work on Phase Two should begin August 1and run through December 31, 2016, and include:

Construction is underway at the Marriott

Medwedeff said the rerouting of traffic on South Collier Boulevard, which began May 4 as part of the construction work, should also be completed by August 1.