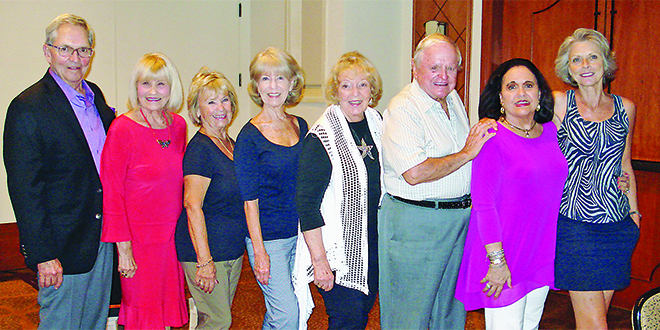 Amidst the backdrop of photos from previous Relay events on Marco Island, the plans for the 2017 event were presented by Community Manager, Relay For Life of Marco Island, Sue Olszak; RFL Event Lead Cathy Nelson; and Fund the Cure Lead Loni Atton. 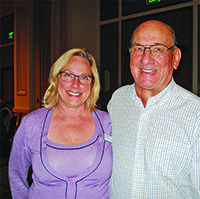 construction at the park, the venue has been moved to Veterans Community Park. It will take place on April 1, but there will be nothing foolish about this event! The 2017 theme is “Barbecue For Relay,” celebrating community spirit in the fight against cancer. A new six-hour format (4 PM – 10 PM) will be well suited and inviting to Marco Island families. The day will be filled with food, fun activities, live entertainment, a Survivor Dinner at the New Life Church, and the RFL signature Luminaria Ceremony, a celebration of survivors and loved ones lost to the disease.

Event Lead Cathy Nelson said, “This year we are hoping to get the entire community involved. So many hear the word Relay and think that it is a 5K race. That’s not what it is at all. Relay is a community celebration in the fight against cancer. It is a celebration of life.”

There are so many ways to become involved. Relay For Life is a team event. The Marco Island event will feature teams from local businesses, organizations, schools and 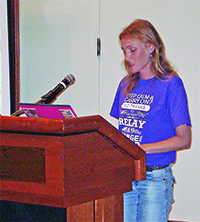 groups of friends. Teams do much of their fundraising prior to the actual event.

The Relay For Life of Marco Island leadership committee welcomes and encourages new members as well. With the new location and format, new ideas are needed to enhance the event, bringing RFL to even higher levels of success for 2017.

The American Cancer Society Cancer Action Network is an additional way to fuel the force in the fight against cancer. ACS CAN is a nonprofit nonpartisan cancer advocacy organization that works everyday to make cancer issues a priority in state legislatures, Congress and the White House. This network demands that our leaders not only talk about fighting cancer, but put their words into action to take real steps toward eliminating cancer from our world. Twenty-five attendees of the Kickoff Party readily became new members of ACS CAN.

So what are you waiting for? Find out how to become a part of the Relay For Life and ACS CAN by calling your local American Cancer Society at 239-642-8800 or email Sue.Olszak@cancer.org. Together, as a community, we can fight back against this dreadful disease!