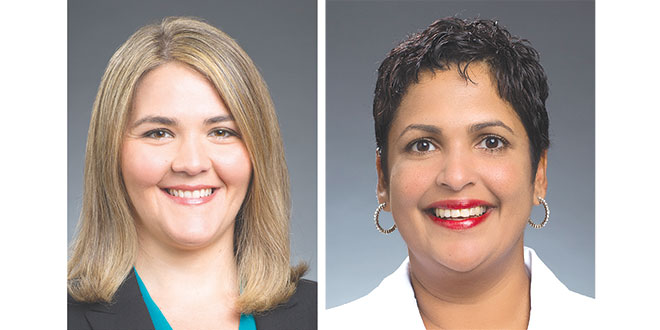 As the CEO of Physicians Regional-Collier Boulevard, I’m used to interacting with doctors, but for many, that is not the case.

Though some people may be (at least somewhat) apprehensive about a trip to the doctor’s office, other folks worry to the point of experiencing high blood pressure surges — a phenomenon referred to as “white coat syndrome.” In addition, if someone you know claims, “I don’t have time to go see the doctor,” there’s at least a chance this is their fear talking and not common sense.

As children, many of us looked at doctors as if they were “super human.” Plus, doctors didn’t seem to have actual first names — they were all named “doctor” followed by a mature-sounding last name. However, by the time we become adults, we hopefully know one very simple fact: Doctors are people too.

It occurred to me that this fear may be, in part, “fear of the unknown.” Therefore, could part of the remedy be as simple as getting to know more about each other?

As Physicians Regional is blessed with hosting a group of amazing physicians, let me take a moment to introduce two of our most recent additions. After all, fear subsides when familiarity rises.

First, both may be new to this area, but they are by no means new to medicine. Second, both also are extremely friendly, outgoing and easy to talk to.

After a subsequent Fellowship in Vascular Surgery at Wayne State University in Detroit, Dr. Torres became a very welcome addition to the surgical team at both our Collier Boulevard and Pine Ridge locations. She also plans to add office hours at our facility on Marco Island.

For Dr. Torres, a focus on vascular surgery matched her desire to work with her hands; she enjoys the immediate gratification associated with the immediate results that often accompany her work. As vascular treatment often extends over time, Dr. Torres takes advantage of the time invested to nurture and develop mutually beneficial relationships with her patients. Plus, her fluency in both English and Spanish provide a benefit to both patients and co-workers each day.

Like Dr. Torres, Dr. Natasha Choyah places a huge emphasis on the importance of the doctor/patient relationship. In fact, due to her focus on Family Medicine, gaining a clear understanding of her patients and their family medical history is one of her top priorities.

She received her Doctor of Medicine from The University of the West Indies in St. Augustine and completed her Family Medicine Residency at the Medical University of South Carolina in Charleston.

Dr. Choyah sees patients primarily at our Marco Island facility. Her presence represents a boon to those on Marco in need of a dedicated “medical partner” — specifically in family medicine. Her husband, Dr. Paul Rubinton, is also an urgent care physician at our Marco Island clinic.

Of course, in Dr. Choyah’s world, “family” means everything. Not only did Dr. Choyah and Dr. Rubinton move here to be closer to family in Naples, they arrived with three young children in tow. From my perspective, her commitment to family — to all families — appears to be limitless.

Vivian Torres and Natasha Choyah both have first names and both shop at Publix. Furthermore, Vivian prefers Vanderbilt Beach and Delnor-Wiggins State Park, while Natasha boldly exclaims: “I never met a seafood restaurant I didn’t like.”

Like all of the doctors at Physicians Regional Healthcare System, they are your neighbors, and most importantly, they want to get to know you too.