Wonder Woman:
A Movie 76 Years in the Making 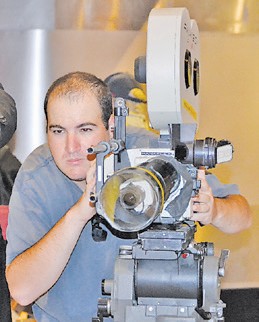 Summer has begun and Hollywood is ready with its long list of superhero films, with DC’s “Wonder Woman” being the latest reveal from Warner Brothers Studios, the same studio responsible for nearly every DC film dating back to the late ‘70s. With such a long line of films under their belt, how can “Wonder Woman” possibly hope to stand out from among the lineup?

The title character Princess Diana, or Wonder Woman as she’s known, is a DC owned comic book superheroine created by William Moulton Marston back in 1941. While I can’t call her the first superheroine, I can say she was the first solo heroine to make it on her own with a successful comic series, that propelled her popularity to standing alongside DC’s most notable heroes like Superman and Batman. However, while the Man of Steel and the Dark Knight have had more movies, reboots, and adaptations than anyone can even count, Wonder Woman has never seen an official theatrical release on the big screen.

After 76 years of waiting, however, the popular heroine has finally received her first official movie. While anyone who dares attempt to make a Superman or Batman film will have to contend with viewers making comparisons to previous entries, “Wonder Woman” is a clean slate. With no previous movies for comparison, this leaves room for filmmakers to present fresh ideas and take risks. However, how does it hold up?

“Wonder Woman” begins on the mythical island known as Themyscira, a land home to the Amazons, a race of warriors created by the Greek Gods of Mount Olympus to protect mankind from any mythical force that would endanger it. It’s here we’re introduced to the daughter of the Amazonian Queen and the future Wonder Woman, Princess Diana, played by Gal Gadot. After reaching maturity and enduring years of training to become a true Amazon Warrior, Diana one day spots a plane crash-landing off the shore of her island. Upon rescuing the pilot, Diana is introduced to Steve Trevor, played by Chris Pine.

Trevor explains that the world is embroiled in a war to end all wars, the Great War. He reveals that he’s a spy for the Allies who stole a notebook from the wicked Dr. Maru, or Doctor Poison as she’s known, played by Elena Anaya. The mad doctor it seems is on the verge of developing a new form of mustard gas so toxic that it can reduce gas masks to ash. A project that is being led by General Erich Ludendorff, played by Danny Huston.

Princess Diana believes that Ares, the Greek God of War, is behind this and is influencing the Germans in order to prolong 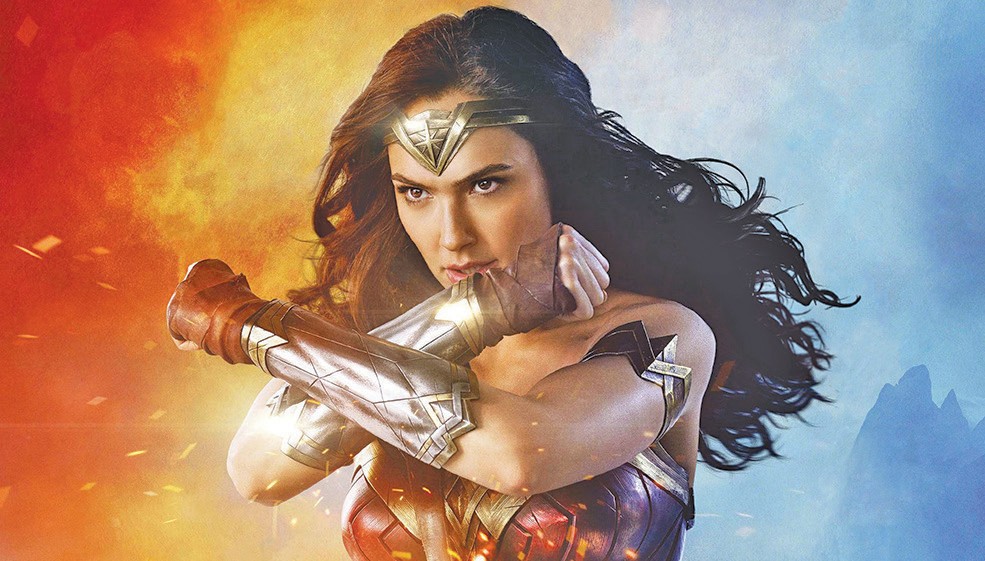 the war and lead mankind into destroying itself. Unable to stand by as innocents suffer, and knowing that Ares is out there, Diana and Trevor leave Themyscira. While Trevor intends to simply complete his mission and deliver the notebook to the Allies, Diana has only one goal: Slay the God of War and end the Great War once and for all.

To start off, having the film take place in World War I is almost ironic considering the original comic book debuted during World War II. However, all retconning aside, I applaud the film for taking a chance and putting the story in another time period. While World War II makes for a dramatic and interesting setting for a fictitious storytelling, many will agree that it’s a setting that’s starting to become overused. The first Great War is a setting often overlooked by fictitious storytellers, so it makes for some interesting and even jaw dropping action scenes when watching soldiers fight from the infamous trenches of the No Man’s Land of the Western Front through destroyed villages. And there’s plenty of action to be found here. After all, it’s a movie which features a superheroine fighting an army with nothing but a shield, a sword, and a lasso.

Acting-wise, while Chris Pine once again gives a decent performance between being a charismatic and respectable gentleman and a serious spy, it’s Gal Gadot’s who steals the show for her role as the title character and famous superheroine, Wonder Woman. Her delivery gives a balance to her character, showing that Wonder Woman can be fierce, brutal, and even vicious, yet gentle and caring. Plus, the design of her outfit is a perfect blend between the classic Wonder Woman costume and Amazon attire.

“Wonder Woman” is rated PG-13 for violence and action, along with some suggestive content. It won’t matter if you’re a diehard Wonder Woman fan, someone seeking a new superhero film to enjoy, or just searching for a summer flick to entertain the kids. “Wonder Woman” is a film that will satisfy all. The first Wonder Woman movie is an amazing starter for the classic DC heroine and a must see for everyone. The final tally for “Wonder Woman” is an 8 out of 10.