Real Story Behind the TDC Numbers 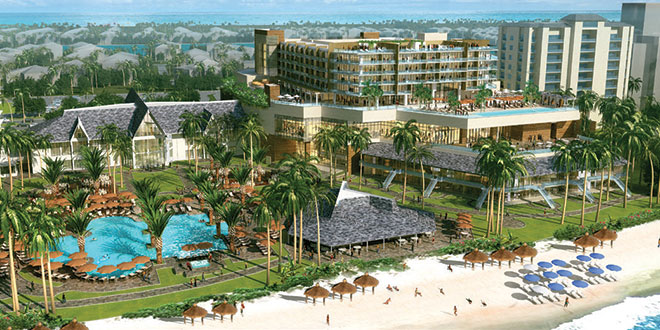 The impact that Marco Island has on the tourist tax income levels within Collier County was on full display earlier this week when Jack Wert, the executive director of the Naples, Marco Island, Everglades Convention and Visitors Bureau shared a memo from personnel at the Research Data Services Group.

Much discussion was spent on the reduction of the tourist tax dollars during the first half of 2016, but that may be directly related to the ongoing renovations being done at the Marco Marriott Beach Resort, Golf Club & Spa on the island.

Only 20-25% of the original meeting space is presently available for use due to the renovations, which are continuing. Couple that with the reduction in available rooms and you can envision the major positive impact that the facility will have within Collier County when it becomes fully operational.

Future numbers will be impacted once the Marriott’s 238 room units and meeting space, which are not in use while undergoing renovations, become available. The meeting space is being expanded to almost 100,000 square feet of state-of-the-art ballrooms and meeting areas.

Had those 238 units been available at the 76.9% occupancy rate, the numbers for Collier County would not have been negative, but would have shown a 2.2% increase in tax revenues. Those numbers would have also reflected another 7,000 additional overnight guests for that same time period.

The closures of the Hilton on the island and other properties, such as the Ritz-Carlton and the La Playa Club in Naples, for renovations will also have a temporary impact on the numbers being reported.

Sustaining the growth seen from 2013 to 2015 sets a fairly high bar for any area. However, with the reopening of the newly renovated JW Marriott Resort on Marco in 2017, and the facelift being done at the Hilton, scheduled for completion later this fall, Marco Island is poised to remain a major attraction for the Southwest Florida area and Collier County.

Add to that the expected upscale corporate bookings that the JW Marriott is anticipating, and Marco Island will continue to be a very desirable location to book a vacation or a corporate retreat.