Read Your Heart Out 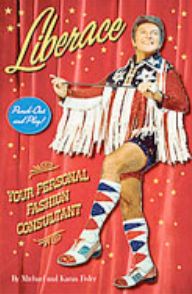 It won’t come as earth-shattering news, from one who spends most of her nights and days editing, teaching writing, and facilitating book groups, that I like to read. Since my time is a little more limited these days, I’m going to become a little more particular about what I read. People often ask me how I choose a book, and I’m sure they think I am not being truthful when I babble on and tell them nothing. The answer is, I really don’t know, and it’s different every time.

Just last week I received a list of books from The Weird Book Room that piqued my imagination. I’d better warn you: I my have to do a sequel on this (by popular demand) because once you get a taste you’re going to want the entire meal.

The first book is Liberace: Your Personal Fashion Consultant, by Michael & Karan Feder. It entices the reader, never to underestimate a man in hot pants as the famous pianist “swings his closet door open in order to coach you on the fine art of extraordinary dressing for ordinary occasions!” How can 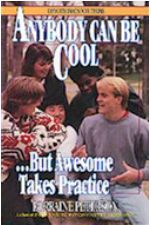 you say no? A further resist-me-not is the thrilling opportunity of being able to punch out the photos and have 12 paper dolls in “hilarious poses” to play with. Be still my heart. Quickly — on to the next book.

Nicholas von Hoffman’s We are the people our parents warned us against, also subtitled An Alien’s Who’s Who, irritates me no end, finishing the phrase with the preposition “against”. What a poor role model. I’m totally turned off about reading the real truth about the Haight-Asbury district in the 60s. Maybe the book wasn’t for me anyway. My parents never had to warn me about people who looked like this: they scared me stiff.

Well, well, look here: a book by Bill Manville, about The Man Who Left His Wife And Had A Nifty Time. What kind of time did she have while he was gone? “Nifty” is so outdated that I’ll bet he was too. If the wife was boring, she may have only had a ‘swell’ time, but if she was one cool chick, she probably had a blast and didn’t give a mouse’s whisker about 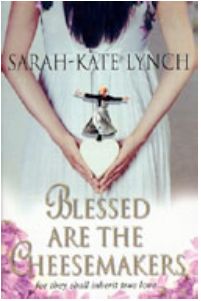 her miserable, unfaithful spouse’s “nifty time”. She just sat down and ordered the next book: Anybody Can Be Cool … But Awesome Takes Practice by Lorraine Peterson. I know Lorraine must come from the United Kingdom, because she spells the word “practice” correctly – as a noun. I also know she must be at least over 40, because who else would use “awesome” unless she were trying to make a bad joke?

That brings up the next book: A Cow is Too Much Trouble in Los Angeles, by Joseph Foster. You would think that Foster’s editor would have forced him to change the title. Why would you want to read something so obvious!

Here’s one I actually read some time ago: Salvation on Sand Mountain by Dennis Covington. I confess — this book actually made me change — my direction. I was driving through this area of Alabama and took a detour, looking for one of the churches where poisonous snake-handling, faith healing, and
speaking in tongues are testaments to one’s Christianity. I think I saw one of the churches, perched up on a hill, and that was enough for me. 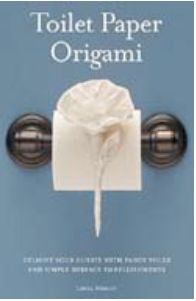 [/caption] height=”211″ />I think Sarah-Kate Lynch’s Blessed Are The Cheesemakers has nothing to do with Wisconsin. Unfortunately I don’t eat dairy products, but if someone wants to bless pizza ingredients I won’t object. I just find it rather indigestible to contemplate a whole book about them. It looks like a mis-shelved novel that ought to be in the Cooking section.

Death in the Pot sounds pretty grim, and not just because it deals with dying. It’s about the impact of food poisoning on history. If you have ever had food poisoning, any way you slice it, it’s not pretty. It’s a revolting finale to an evening of egg salad sandwiches and guaranteed to restrict your eating of eggs for at least the next 20 years.

I haven’t a clue about the topic of The Deer-smellers of Haunted Mountain. I can only imagine. I don’t think I’ll be reserving that one at the library.

I never was a very good bowler, but it was a good way to meet people and socialize. Bowl Better Using Self-Hypnosis sounds like a plan. However, in a hypnotic state you wouldn’t be able to impress your new friends. 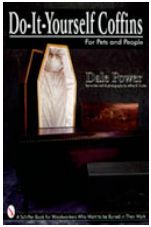 [/caption] width=”137″ height=”211″ />Linda Wright’s Toilet Paper Origami, once mastered, carries a sure-fire guarantee to both entertain and intrigue your guests, especially those who love to squeeze the Charmin’. It will certainly give you something creative to do in those idle moments of contemplation.

Another situation that can give you pause, is to question your dog’s sexuality. It took three authors, Charles Kreloff, Patty Brown, Victoria Roberts to come up with this weirdo winner: Is Your Dog Gay? (and why would you care, unless of course, your cat is too and then you have a real problem on your hands).

If you remember what they are, then The Great Pantyhose Crafts Book by Edward A. and Stevie Baldwin is for you. I tend to use them for tying orchids to the trees, but I’m not sure that would be considered a craft.

Finally, two useful books: Gary Leon Hill’s People Who Don’t Know They’re Dead and Do-It-Yourself Coffins: for Pets and People by Dale Power. I hope Hill’s book gives some exact criteria so those poor souls can finally lie down and get it over with. Until they do, they can keep busy, designing their own going-away vehicle.