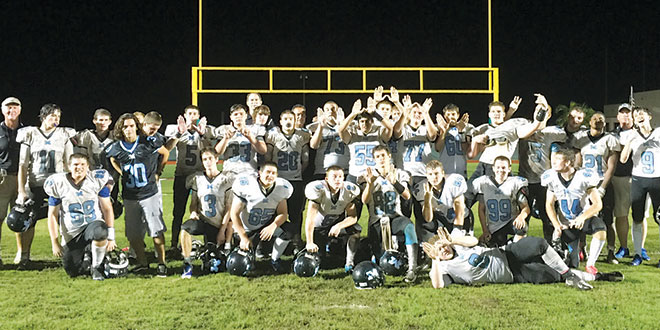 It was a sweet and overwhelming win for the Marco Island Academy (MIA) football team on Friday, September 25.

They outplayed St. John Neumann in every aspect of the game, winning their first Class 2A-District 7 game in school history, 49-17.

The Manta Rays go for a second district win when they travel to First Baptist Academy (FBA) in Naples for a 7:30 PM game on Friday, October 2. 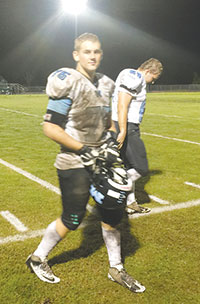 St. John Neumann, 0-2, 0-4, are at Community School for another district matchup on October 2.

“FBA is a well-coached team and very disciplined,” MIA coach Greg Fowler said. “Our defensive line and linebackers will have to step up against a very good offensive team.” 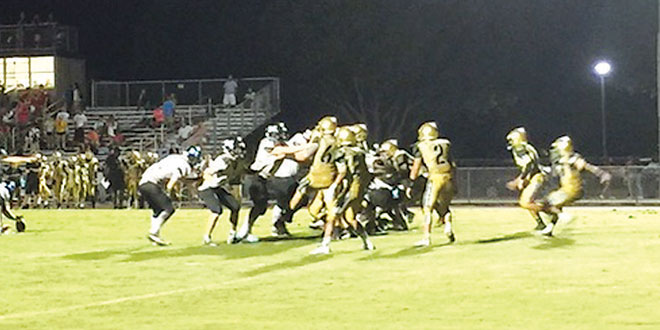 is no slouch on offense either. Against St. John Neumann, the Rays rushed for 370 yards and 173 yards passing. Patrick Michel led in rushing with 241 yards on 17 carries.

Tyler Gresham rushed for 67 yards and hauled in four passes for an astounding 162 yards. He returned a kickoff for a 76-yard touchdown, and made good on a screen pass for a 74-yard score.

Tyler Wallace scored on a two-yard run and 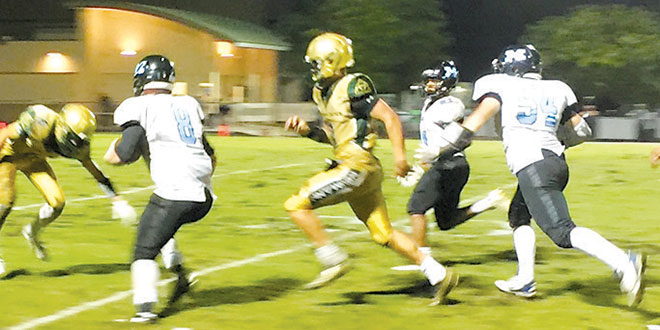 Quarterback Andrew Fowler completed 6 of 16 passes for 173 yards and two touchdowns. He also hooked up with Wallace on a two-point conversion.

The only negative was that MIA was penalized 100 yards, ironically all coming on 10 holding calls.

“We limit our mistakes and control turnovers we can win,” Greg Fowler said.