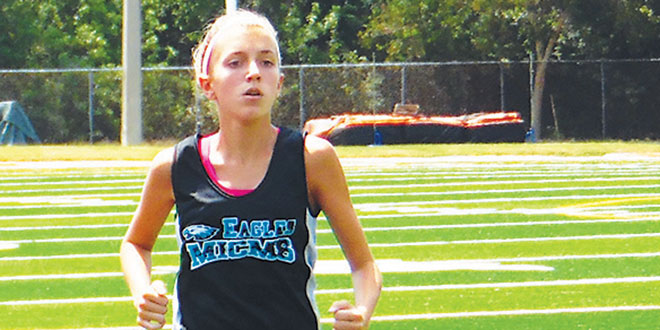 Rash came back from being upset at the South Division Track & Field qualifications on April 25, to easily winning the shot put in the championship round at Golden Gate High School on Saturday. His throw of 38-feet-2-inches topped the field. Jet Su, who upset Rash in the qualifier round, was second, but 1.4 feet shorter. “I was kind of surprised that I could win against the entire county,” Rash said. The eighth grader is excited to advance to the state championships on Saturday in Bradenton. “Every county will have a champion there,” he said. “I am looking forward to the competition.”

Dagan scored the only points for the boys team. The girls team and Immokalee tied for third place. Gulfview boys and girls teams won 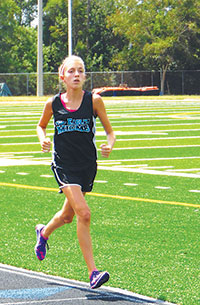 Hart, a seventh grader, again had head-to-head battles with Camille Strackbein of Oakridge Middle School. Hart won the 3200 meter run, with Strackbein six seconds off the time of 12:49. Strackbein won the 1600 by three seconds over Hart, in a time of 5:47.23. Hart qualified for the state event, but has chosen not to attend, coach Roger Raymond said.

Marco sixth grader Ellie Poling showed she has a bright future by finishing third in the 3200, and fourth in the 1600.

Seventh grader Lauren Sutherland placed fourth in the discus with a throw of 63-feet-3-inches.

Charter School girls were sixth in the 4×400 and eighth in the 4×100 relays. “Girls track will have all the point scorers back next season,” Raymond said. They also will make a very competitive cross country team.