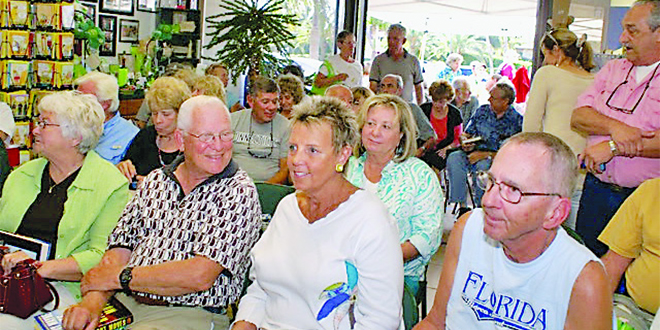 Randy Wayne White will be at Sunshine Booksellers South Store on Saturday, March 25 at 2 PM for a book signing of “Mangrove Lightning,” his 24th Doc Ford book, after “Deep Blue” and “Cuba Straits.” He has also had four collections of his columns for Outside magazine and elsewhere published, as well as the Hannah Smith novels “Gone,” “Deceived,” “Haunted,” and “Seduced.” In 2002, a one-hour documentary film called “The Gift of the Game,” about White’s trip to Cuba to find the remnants of the Little League teams founded by Ernest Hemingway in the days before Castro, won the “Best of the Fest” award from the 2002 Woods Hole Film Festival, then was broadcast by PBS in 2003.

White has been awarded the Conch Republic Prize for Literature, as well as the John D. 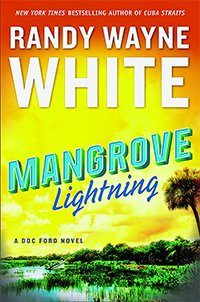 Macdonald Award for Literary Excellency. He is one of only four writers named as an Editor At Large by prestigious Outside magazine (Jon Krakauer, Hampton Sides and Tim Cahill are the others). In 2011, White was named a Florida Literary Legend by the Florida Heritage Society. A fishing and nature enthusiast, he has also written extensively for National Geographic Adventure, Men’s Journal, Playboy and Men’s Health.

He lives on Sanibel Island, Florida, where he was a light-tackle fishing guide for many years, and spends much of his free time windsurfing, playing baseball, and hanging out at Doc Ford’s Rum Bar & Grille.

This event is free, open to the public, and a limited amount of priority seating will be available for those who pre-order. Call Sunshine Booksellers 239-393-0353 with questions, or if you can’t make the event, but would like an autographed copy of the book.