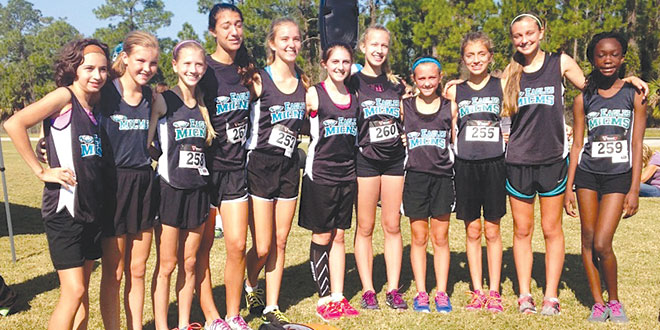 The girls, who have won the county championship, placed third. The Eagles’ Ryenn Hart won the race with a time of 11:45. Each team competed with seven runners, with the top five lowest scores counting for the team total. The Eagles tallied 66 points, edging Oakridge with 69. 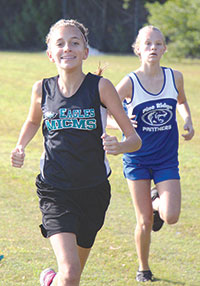 Ryenn Hart shows her confidence as she passes a runner in winning the girls race.