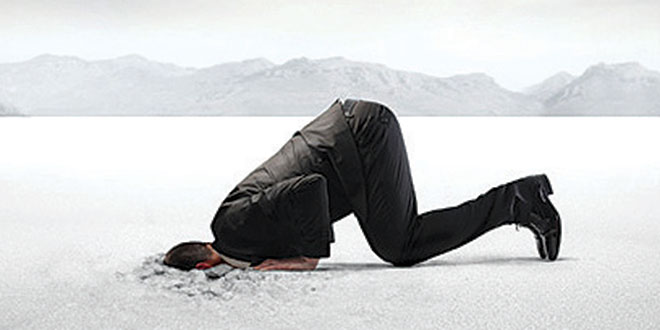 As I sit in front of my computer preparing this piece for the Coastal Breeze News, I find myself drowning in questions and no answers. It is moments like these when I think my head is about to explode. It reminds me of my childhood when I used to lie down on a blanket in our back porch in suburban Istanbul on hot summer nights, gazing into the pitch black sky with millions of sparkling stars and wondering where did all this start; where is it going; how does everything work; why does the heart beat and the lungs breathe; and many more similar thoughts and unanswered questions at the time. I would only stop when I started to get dizzy and felt as if I was falling into a large black hole, spinning out of control and fearing my head would explode if I continued looking into the sky and asking questions.

Well, over the years, at least some of those questions have been answered, at least to my satisfaction and I moved on.

The questions that fill my mind and bring my head to near a state of explosion today are of a different nature. I feel very strongly there must be answers to these questions, and there are men and women out there who have the intelligence and tools as well as the power to answer them. For some odd reason, though, they are all missing in action!

They look at the same events I am looking at — albeit with more tools and abilities — and are not seeing the truth, or worst yet, are ignoring the truth they see or are just plain lying to us for one reason or another. I am not sure which is worse, but I am sure we

are going to suffer the consequences in the not so distant future.

Today, I wanted to list a number of events and ask the question “what is the common thread?”, and see if someone out there will be able to tell me and save my head from exploding.

The following events took place around the world in the last 20 years or so, and they keep happening as we live our lives in relative peace in the most wonderful spot in the whole world. These events are all related to one another by a single thread, yet our leaders are in total denial, twisting and turning trying to find names like “workplace violence, violent acts by violent people, severe actions, etc.” but not calling them with their real name “Islamist terrorism caused by Radical Islam.”

The USS Cole was attacked as she sat in anchor at the Yemeni port of Aden, Oct. 12, 2000, killing 17 and injuring 39 American sailors; in Madrid, Spain, trains were bombed on March 11, 2004, killing 191 and maiming scores of innocent civilians, men, women and children; a nightclub was bombed in Bali, Indonesia, on Oct. 12, 2002, killing 202 civilians and injuring 209 civilians enjoying an evening out; Nidal Malik Hasan, a US Army psychiatrist and Medical Corps officer, fatally shoots 13 people and injures more than 30 others in Fort Hood on Nov. 5, 2009; London subways as well as a double decker bus were bombed on July 7, 2005, killing 52 civilians and injuring more than 700 civilians; 130 hostages died in the Moscow Theater siege on Oct. 23, 2002; three innocent bystanders were killed and an estimated 264 were injured on April 15, 2013, during the Boston Marathon; in Nigeria, Boko Haram kidnapped 400 girls from their homes and just

last month killed 2,000 more in the village of Baga; two brothers attacked the offices of the satirical magazine Charlie Hebdo, killing 12 while another terrorist killed five more in a Jewish Deli on Jan. 7, 2015; on Sept. 11, 2001, terrorists attacked us on our soil, killing nearly 3,000 civilians; a number of innocent civilian Westerners were beheaded and the heinous acts videotaped for the world to see …

The answer is clear to me.

The people or groups committing the atrocities mentioned above (and many more) were not shouting “Jesus is Great” nor were they shouting “in the name of the Pope!” or “long live Israel” as they beheaded innocents or shot down aircraft and blew up trains.

Unfortunately, it seems like the truth is not clear to the President of the United States; or to our Secretary of State, who is busy trying to open an Embassy in Tehran; or the Attorney General of the United States, who was unable to walk across the street to join the march against terror in Paris; or to many “inside-the-Beltway-Ostriches” and certain radio and television hosts whose heads are buried so far down in the sand they can almost see China at the other end.

When are we going to stop trying to commit suicide in the name of political correctness?

When is it going to be clear to all who the enemy is and what they want to do?

Will the Ostriches ever pull their heads out of the sand look around to see who is trying to kill us all?

My critical question to our readers is: Is it clear to you?

I certainly hope so.

In the meantime, I will continue to read, research and write as much as I can, as often as I can, or until the cows come home…