Putting Around With Rules Changes 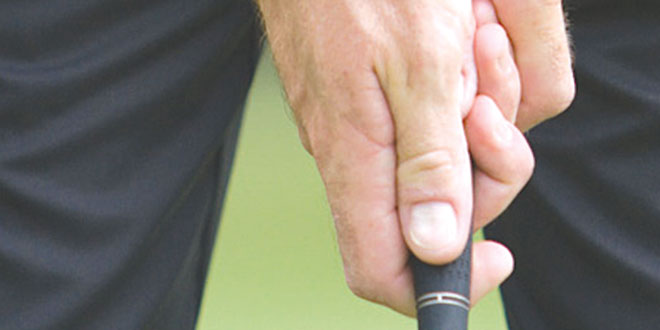 As you may have heard the United States Golf Association and The Royal and Ancient Golf Club of St. Andrews — the governing bodies for the rules of golf — have made a controversial rule change. The rule change, 14-b anchoring the club, states that in making a stroke a player must not anchor the club either “directly” or by use of an “anchor point.”

Many PGA Tour professionals who make a living playing golf will be affected by this decision. Some tour professionals, like Webb Simpson and Kegan Bradley, have been using anchored putters since they were in high school.

Many people believe this the right decision for the future of the game, but the decision came about 30 years too late. In the late 1970s and early 1980s, a few tour professionals starting using and testing anchored putters. The USGA, self-admittedly, did not address the anchored putters because they did not impact the game at the highest level. However, starting during the 2010 PGA Championship, won by Kegan Bradley, four out five major championships were won by a player who used an anchored putter. In the end, the governing bodies were forced to make a decision, but they should have addressed the situation a long time ago.

I have seen many golfers struggle with the use of the belly putter. The problem many golfers have with the belly putter is that they move the anchor. If you move the anchor, or stomach area, it defeats the purpose of using the putter. The putting stroke should consist of the stomach area, hips and legs staying stable through out the stroke. The shoulders, arms and hands work in unison while moving in a circler motion around the spine.

That may sound complicated, but it can be simple to implement. If you implement this movement of the body correctly, the path of the golf club will be correct. If your legs or stomach move, it is impossible to keep the club face square and the path correct consistently. Keep the legs and stomach still or

stable through the stroke, and the club head will feel as if it swings past your body. If you see your playing partner moving everything but the putter head, it is not because his upper body; it is because of the lower body movement.

The reason I mention using the belly putter as a teaching aid is because with a conventional putting style you have the ability to turn or manipulate the hands to square the club face at impact after. This may work sometimes but with no consistency. When you use a belly putter, it is very difficult to make a correction in the club face with your hands after your stability in your lower half has moved. Using a belly putter for a teaching aid will make you keep your hips, legs and stomach stable.

Another problem golfers have with putting is having a putter that does not fit them. I believe in custom fitting all putters through instruction. I work on the set-up first so players have a chance to be stable in the legs, hips and stomach. I look for three things in the set-up position: hips over heels, hands under shoulders, and eyes over golf ball.

I will focus on getting the first two things correct. If your putter is the correct length the ball should be under your eyes. If not, it is time to get a putter that fits. Especially for people 5-feet, 8-inches or under, they are putting with a putter that is off the shelf that is too long. A standard putter is 35 inches long. A 35-inch putter fits most golfers who stand in a stable position are 6-feet to 6-feet, 2-inches. If the putter is too long for you it is difficult to have the correct balance at address.

Get your putter “custom fit” and maintain the stability in your legs and stomach through out the putting stroke. Go see your local PGA professional to get the correct putter in your hands.