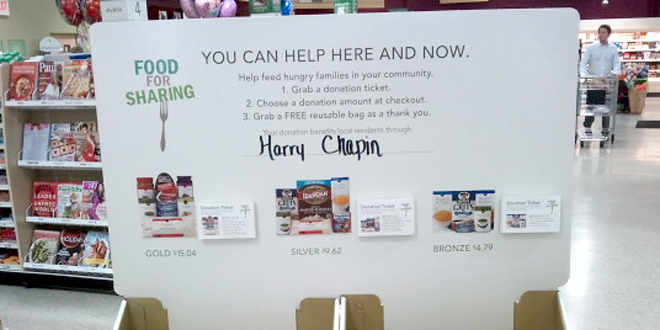 Publix Supermarkets in Lee, Collier, and Charlotte counties are again offering their “Food for Sharing” promotion, with all food being donated to the Harry Chapin Food Bank. The promotion, currently under way, lasts until December 31.

The holiday drive provides a simple way for customers to participate. No bulky bags are assembled in the stores, loaded into carts, and heaped for food bank pick up. Instead, to participate, customers can simply add a donation at checkout and the food will be delivered in bulk to the food bank. The food will then be distributed to the 160 Harry Chapin Food Bank participating agencies at no cost.

Customers can choose one of three grocery bags; each bag has a different cost and contains different selected food items, which will feed a family of four.

For additional information about or to contribute financially to the Harry Chapin Food Bank, contact 239-334-7007 or go to harrychapinfoodbank.org.