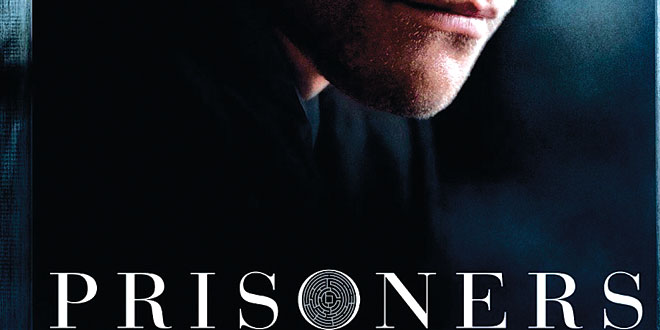 As the first scene begins a father is repeating a prayer as his son prepares to shoot a deer for their Thanksgiving dinner.  This is the fitting prelude for almost three hours of tension and superb performances in a far-from-ordinary “crime thriller.

The setting is a wintry, somber, dank Western Pennsylvania town.  It appears to be a normal suburb, but the Thanksgiving dinner celebration of two families goes awry when the daughters of both families disappear.  The story becomes a study of rage by one father (Keller Dover, brilliantly played by Hugh Jackman) while the other father teeters between assisting Keller in his mad pursuit of the kidnapper, and a more balanced willingness to let the police solve the mystery.

The town’s detective is dogged, successful and intuitive.  He’s Loki, performed by a haggard Jake Gyllenhaal, complete with a nervous eye tic and untiring obsession with the need to find the perpetrator quickly before the girls are killed.

The problem is that Keller is relentless in his belief that a mentally defective young man (Paul Dano) is the kidnapper, and knows where the girls, or 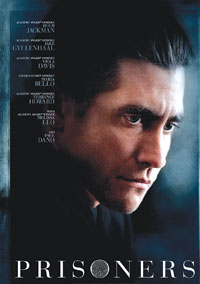 their bodies, are located.  Keller intervenes by capturing the young man and torturing him endlessly.  The movie is dark, and brilliantly photographed; intense and brutal at times when Keller is torn between his religiosity and macho drive to solve the crime.  Hugh Jackman, complete with a Vandyke beard, is both fearsome and devoted to his family.  He attempts to solve with brutality what Loki is working through with knowledge and intuition.  Keller gets to the point of unnerving Loki as he taunts the detective’s failure to produce a quick solution.

Keller virtually destroys his friendship with his close neighbor, and alienates his wife (played by the excellent Maria Bello, known recently for a one season turn as a TV detective).

At each turn of events the urgency of the moment may leave the viewer wondering who is right and who is wrong.  Is torture appropriate or understandable when a family member is in acute danger?  Is it always best to leave the terrifying problem to the workings of a small town detective?

The movie is crowned by a piece of ambiguity at its conclusion.  It’s a thought provoker, beautifully directed by Canadian Denis Villeneuve, perhaps best known for the most excellent “Mystic River.”