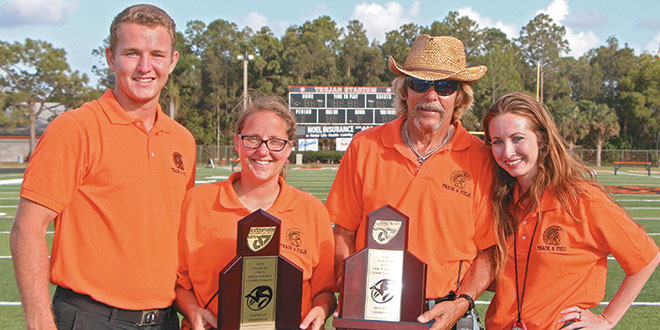 Rosie Poling and Mallory Bell kicked it into high gear in leading the Lely girls to the Class 2A-District 12 championship at Lely on April 22.

Lely coach Mark McGarity was pleased with the teams’ overall efforts. “We have a bunch of young athletes who have been working hard to

Photos by Roger LaLonde and Patricia Poling Kelsey Halaschak flies over the hurdles for a fourth-place finish.

do their best,” he said. “Today they figured it out.”

Emma Fernandez raced to third in 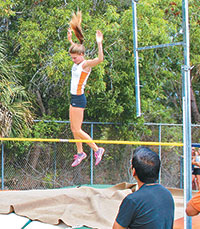 Mallory Bell and her pole are both straight up as she clears the bar at nine feet to win the event.

The top four finishers in each event move on to regional action.

See all photos online at www.coastalbreezenews.com.