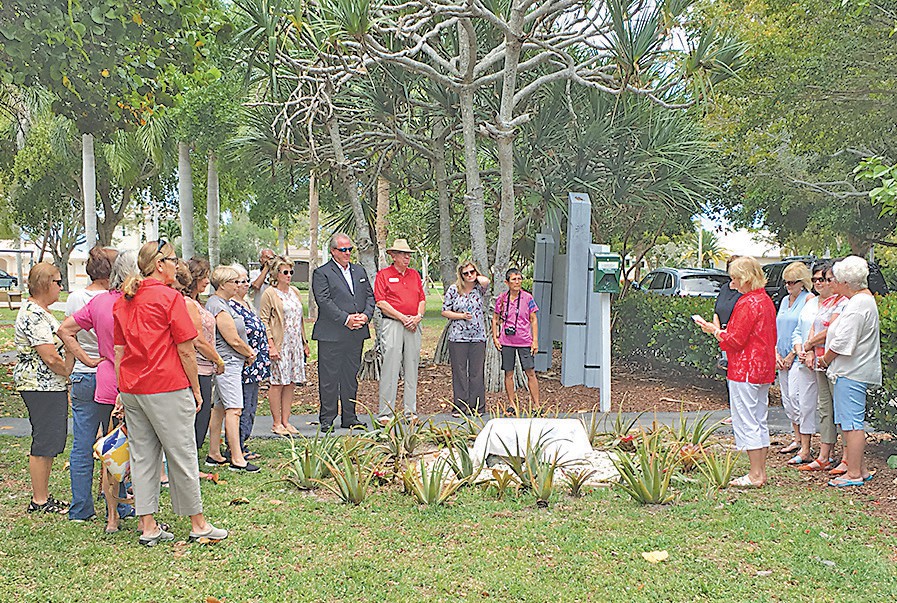 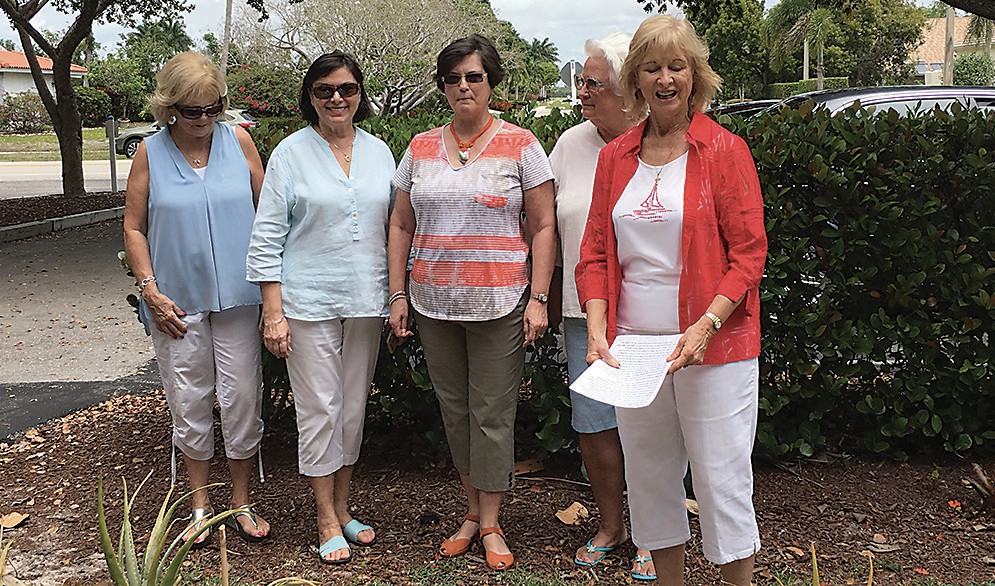 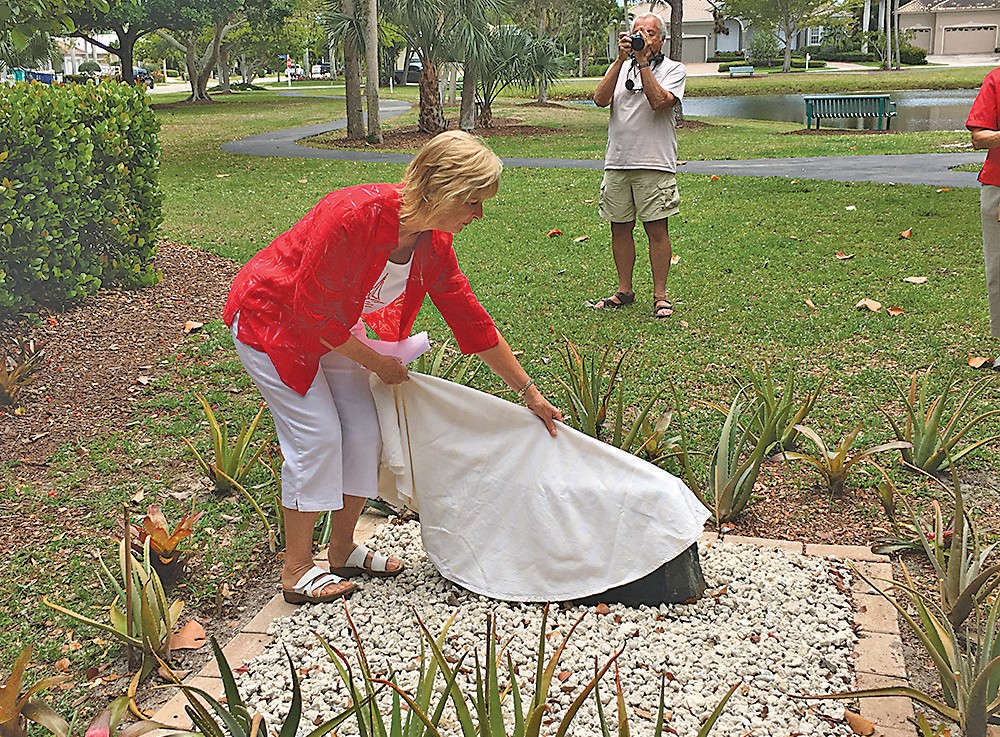 The plaque was generously donated by Dr. Carlos Portu, also a member of the Parks and Recreation Committee, who could not be present for the dedication ceremony. The Garden Club donated the 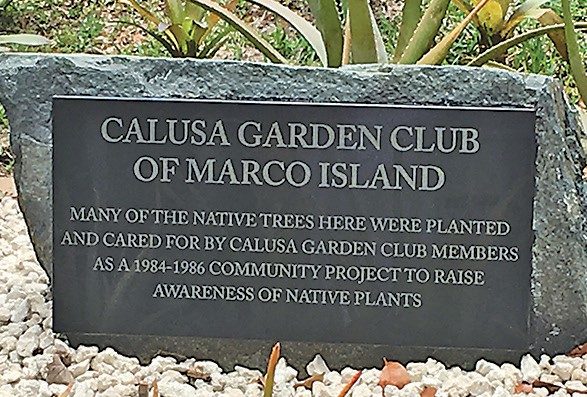 granite rock supporting the plaque and landscaped the site of the granite rock and plaque. The park is named for Mr. Leigh Plummer, a long time resident of Marco Island and past president 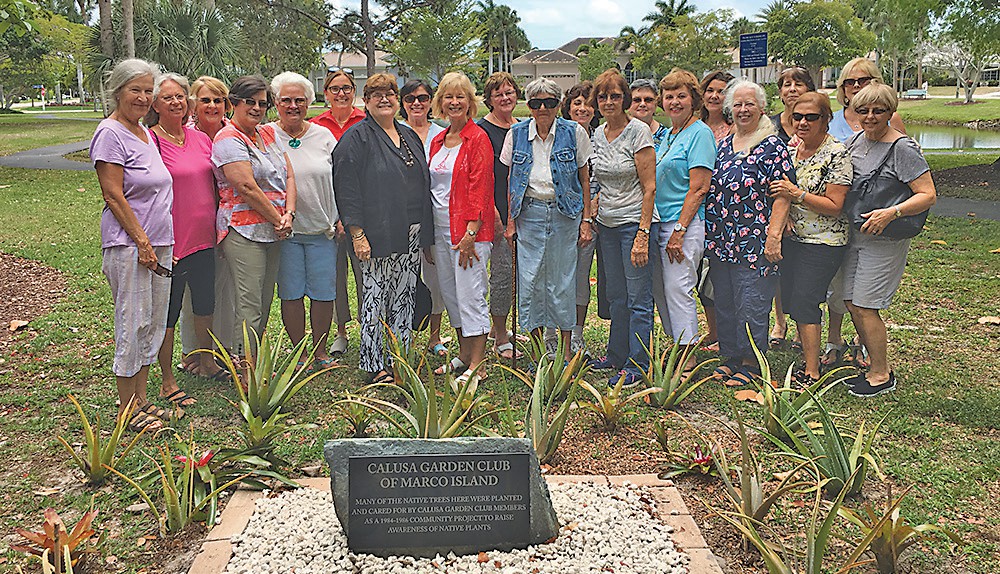 Calusa Garden Club members gather behind landscaped site of the rock and plaque.

At the dedication of Leigh Plummer Park in 1984, Ms. Schliesser said, “It is my goal in life to educate our community about our beautiful native plants and to 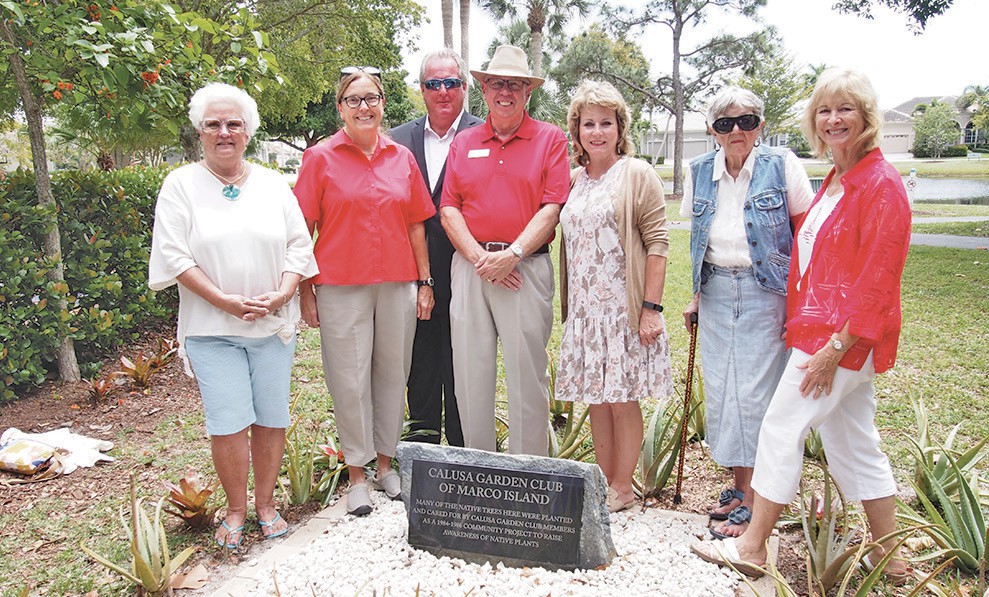 help get rid of the exotics.” The Garden Club followed these goals by planting native Southwest Florida plants in Leigh Plummer Park.