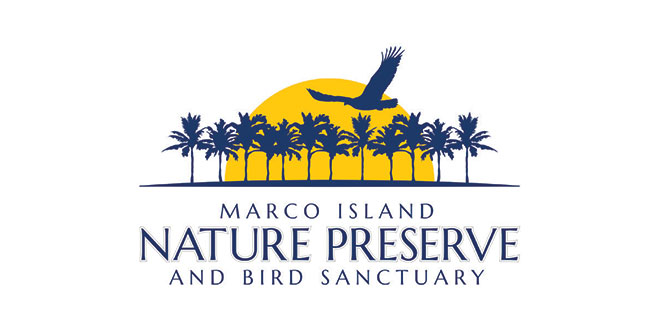 A fundraising campaign is underway for a project that will transform the former Marco Eagle Sanctuary into a full-blown nature preserve.

Now known as the Marco Island Nature Preserve and Bird Sanctuary, the 11.6 acre, undeveloped parcel is expected to become a magnet for nature lovers and an interactive educational facility for local school children when work is completed.

“It will provide the public with an ecotourism location where people can come and walk the property, go through the learning center, get educated on the various aspects of the nature preserve and why it’s there,” said Carl Way, founder and chairman of the Marco Eagle Sanctuary Foundation, which operates the Tigertail Court eco-park.

Aside from Paleo and Calusa, the nesting pair of American Bald Eagles that have resided there for

years, the land is also home to rabbits, mice, some iguanas and an assortment of birds, such as killdeer, doves, cardinals, ibis and horned owls. Paleo and Calusa’s nest is also home to one of their offspring, a fledgling named Jamie, and a four-year-old eagle also frequents the property, said Way.

The foundation recently began soliciting donations and grant money for what is forecast to be a $4.5 million project that will include:

A 1,800-square-foot, environmental learning and visitors’ center containing a classroom for on-going and special educational programs, interactive displays, an art gallery and more.

1,800 feet of elevated boardwalk along the property’s perimeter for visitors to experience, photograph and enjoy the wildlife that surrounds them.

Not included in that $4.5 million estimate is the cost of an “eagle-cam” that will 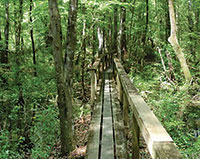 allow people to observe Paleo and Calusa’s day-to-day life. The foundation is seeking a sponsor to cover the cost of the eagle-cam.

The foundation recently received the results of a fundraising campaign survey, conducted by Sarasota-based Philanthropy Management, Inc. that asked select respondents on Marco and elsewhere in Collier County for their opinions of project. They were also asked to weigh in on whether the project represents the best possible use of the property

“We had a 99.8 percent positive reaction come back from all the interviews,” said Way.

After receiving the report, Way immediately began sharing the results with potential donors and the foundation raised $140,000 in cash and $750,000 in commitments within the first two weeks. Most of the “big money” donations came from permanent and seasonal Marco residents, and people from the
Naples area.

“The first person that I

showed it to, literally two days after the report came in, he wrote a $100,000 check within five minutes,” Way said of James Hengst of Marco Island. “He’s extremely excited about the project. Once I gave him the information, he was on-board.”

He said Hengst has been invited to join the foundation’s governing board, which is currently being assembled.

“Our current board has always been an organizational board,” Way said of the group that established the eagle sanctuary and recently signed a five-year, lease-purchase agreement with the Collier County School District for the land. The governing board will have 9-or-11 members, “all people of influence and affluence, mostly from Marco Island,” he added. “We have a variety of candidates. Some of them are well known, some of them are not well known.”

The agreement calls for a purchase price of 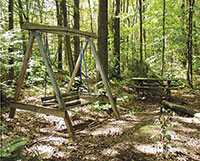 $2 million. Way said the deed restricts the property’s use to being a nature preserve and if the land is sold, the sale would be contingent upon it remaining a preserve.

“If there’s any other concept for what the property would be, the deed automatically reverts back to the Collier County School System,” said Way, who has been spearheading the fundraising effort.

He is also seeking a Florida Communities Trust grant to cover the cost of the land, as well as a grant from The Trust for Public Land. Way said they are among about six potential funding sources that he has
approached.

In addition, Way has approached several national companies regarding donating all the Learning Center’s educational equipment and to automate all the educational programs in exchange for naming rights.

element of nature center-bird sanctuary plans, which include serving as a field trip location for the Collier County school district.

To foster that goal, the learning center will include interactive computer-based exhibits and lessons, all focused on Southwest Florida’s ecosystem.

The foundation has hired an educational coordinator, Joanna Sliwka, to develop environment-related classes, in consultation with the foundation and the school district. The Marco resident is a retired teacher for Collier schools with more than 25 years experience as an educator.

Way said the school district’s environmental science department has shared information on its curriculum, “so we can dovetail into their program with the same message with what we’ll be teaching at the center.”

In turn, schools will be able to log into the learning center’s computer system to use lessons found there to supplement classroom instruction.

“The whole educational component will be a really valuable tool for the community,” 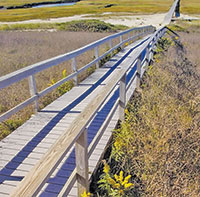 said Way. “And the kids who come here on vacation will be able to participate in classes in the center.”

Field trips will involve a classroom session, a hands-on area in the learning center’s rear where children will learn such things as how to make an eagle’s nest. There’ll also be walking tours of the grounds where they can learn about local flora and fauna. The seven activity stations will play a key role, with children being able to stop there and “get that interaction on the ground within the ecosystem that they’re learning about,” said Way.

He said plans call for establishing an annual essay contest for Collier school students in which they would suggest a compatible project at the Nature Center. The winner would be tasked with turning their idea into a reality. “Whether it’s planting trees, a butterfly garden or something that would attract

hummingbirds, whatever they choose, we’ll fund it,” Way added.

The winner would have a plaque recognizing their class and school placed at the project site and each year, that school would be “expected to come down and maintain it or improve it and be involved,” said Way. “It’s going to be an interesting project.”

Way also touted the economic benefits of eco-tourism, saying the sanctuary has been attracting increasing numbers of visitors over the years, as word spreads about the eagles. Included among them is a group of birdwatchers from Ft. Lauderdale that he said spends several days on Marco each year to observe Paleo and Calusa.

“Economically, what we’ve seen from interviews and not just our input, is the increase in eco-tourism has been multiplying by double digits every year for the last five years,” said Way.

For more information about the Marco Eagle Sanctuary Foundation and the Marco Island Nature Preserve and Bird Sanctuary, visit www.marcoeaglesanctuaryfoundation.org.