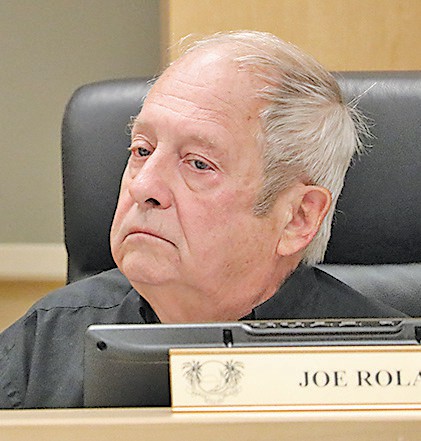 Planning Board member Joe Rola ponders a discussion at the meeting. Photo by Steve Stefanides

Most islanders would tell you they don’t understand the term “density credits,” what they are and how they might be applied. Others would explain they are the source of all evil regarding growth, while another sector would tell you they are the key for successful growth for a developer, especially one wishing to develop a piece of property in a profitable manner within the Mid-Town Overlay District.

A month ago, Marco Island City Council asked the Planning Board to weigh in on the issue and provide them with their thoughts regarding the subject. On May 5th the board held a wideranging discussion on the issue and debated the merits and the shortcomings of a program which many have never seen utilized since its inception.

The issue became inflamed last fall when the Small Brothers, Inc. proposed building a hotel on property they owned at the corner of Park Avenue and Elkcam Circle. They attempted to access the benefits of the density transfer program and proposed to purchase the necessary credits to make the project financially viable.

In return, Small Brothers would purchase those credits necessary to make the project workable. That purchase would have resulted in a $3.5 million windfall to the city, which would be used to enhance Veterans Community Park. A subsequent debate over the project and the actual existence and use of those credits allegedly assigned to Veterans Community Park would become a major election issue in the fall of 2016.

In the end the board would vote unanimously to recommend to council that legislation be drafted which would eliminate any transfer of density credits throughout the island. Board member Frank Mulligan would inquire as how to deal with the restriction on 26 units per acre in that mid-town area, recognizing the need to have options regarding redevelopment. Mulligan was assured by Chairman Erik Brechnitz that they would be looking at alternate zoning language to deal with that issue.

The board would vote 7-0 to make the recommendation to council.

The board would also recommend to council that the appropriate legislation be drafted to have Veterans Community Park rezoned as “park or community land.” That was also forwarded to council.