Planning Board Loses a Member 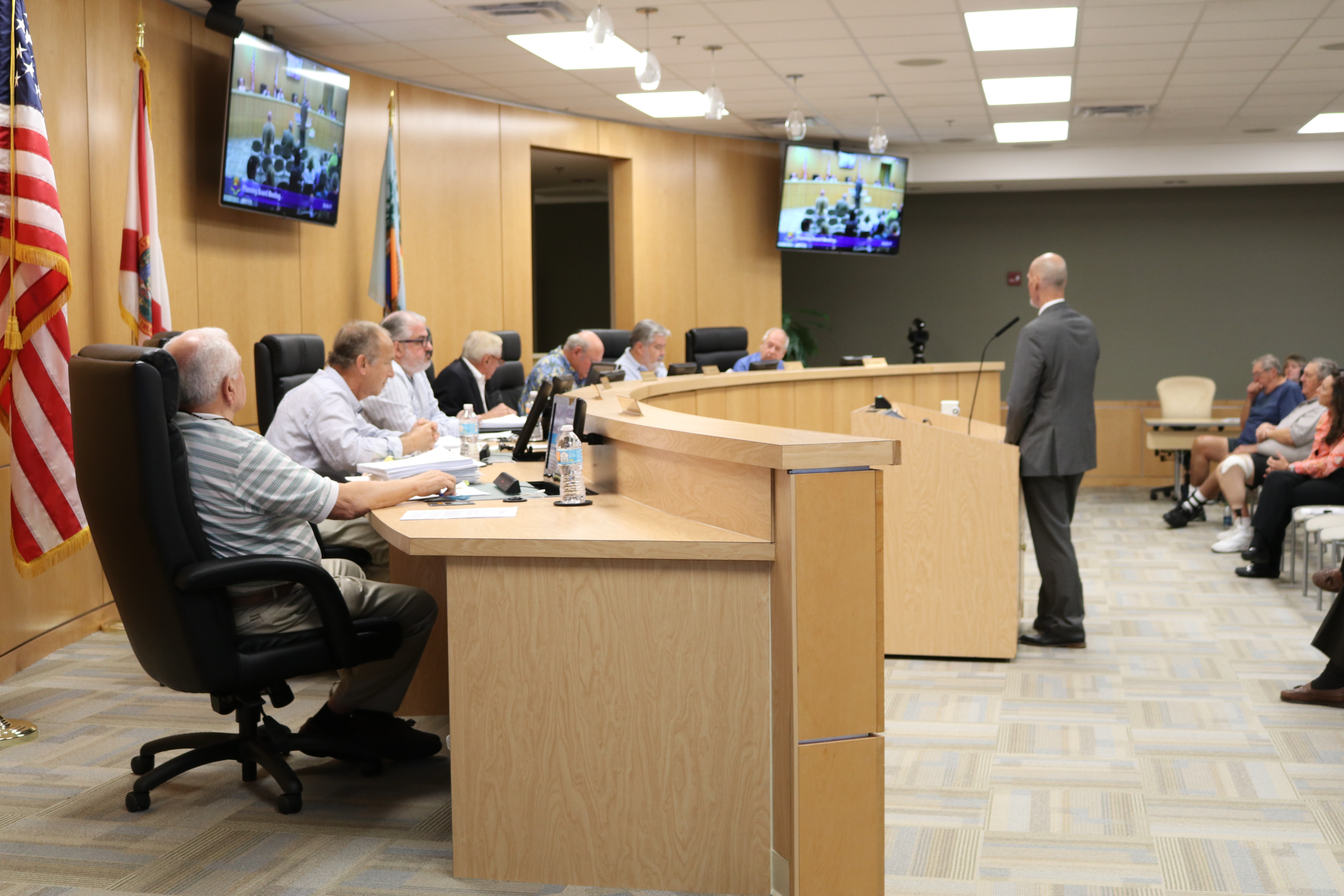 In a surprising turn of events Mr. Hector Fernandez, a recently appointed member of the Marco Island Planning Board has submitted his resignation effective immediately to Interim-City Manager Guillermo Polanco.  Fernandez was appointed to his seat by newly elected councilman Jared Grifoni earlier in February.  Hernandez owns his own architectural firm located in Naples and is a Marco Island resident.

He cited is concern regarding the turmoil which has been caused by the recent “exodus” of key city staff members in his memo to Polanco.  He also mentioned the inordinate direct communication by citizens with board members.  He referred to these contacts as being, “outside of the designated and circulated agenda we must follow.”

Fernandez went on this his letter of resignation to cite other concerns.  “There also appears to be a strong anti-development trend and proposed action, such as the suspension of density rights.  Such action and proposed discussions trouble me greatly.  I do not wish to associate myself with such matters that I feel may ultimately invite not only possible lawsuits but may prompt investigations by the State of Florida,” said Fernandez.

During one of the most negative campaigns seen in the almost 20 years of cityhood, a slate of three new and one re-elected councilor rode a wave of anti-growth sentiment which was fueled by fears regarding a possible hotel being built on the property, which today is known as Veterans Community Park.  The actual land which the hotel was to be built upon was across the street from the park and was privately owned and was projected for that use as part of a Mid-Town Overlay District that was earlier envisioned in planning exercises.

Another factor concerning that proposal would have had the developer purchase “density credits,” which may have never been extinguished when the property was developed as a park.  Those “density credits would have made the project economically viable according to industry standards.

The monies from the purchase of those credits, if in fact they existed, would have been utilized to make capital improvements within the park.  Some of those projects would have involved a bandstand, improved restroom facilities, enhanced walkways and lighting and would have developed diagonal parking along Park Avenue.

The project was never brought before the Planning Board for a full public airing and a newly elected city council would kill the proposed joint public/private partnership before it could gain traction and a revised proposal be given a hearing.  The entire project was subsequently withdrawn by the developer and council voted to not engage with any parties in the sale of credits which may or may not be attached to the old Glonn property, which is now referred to as Veterans Community Park.

City council has now passed a moratorium on any transfer of density credits for the next year and will be reviewing that entire issue, in addition to other LDC (Land Development Code) items during the next several months.

Councilman Grifoni will be required to bring forth a replacement for Mr. Fernandez in the future.  It is unclear at this time whether the city will advertise for that position or whether Mr. Grifoni will pick from the list of applicants that was previously provided to councilors or move in another direction.

Planning Board meets Friday, March 17 at 9am as it continues its work on the review of the changes to the LDC and council will convene on Monday, March 20th at 5:30pm in Council Chambers at 51 Bald Eagle Drive.