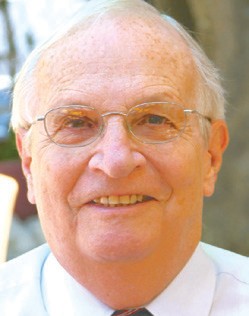 Adjective: (Latin: perspicere, to see through) clear in a statement or expression; easily understood.

Adjective: intended as instructional. Noun: a book, speech, essay, etc., that is protreptic.

Noun: needless repetition of an idea in a different word, phrase, or sentence; redundancy (“necessary essentials”).

Intransitive verb: to make a violent verbal attack; talk or write bitterly against.

Transitive verb: to lead on with deception; to entice or trick into doing or giving, going somewhere, etc.

Pierre Guesnon is a retired engineer who founded and ran an engineering company in Boston for many years, until he retired fifteen years ago. Since then, he has lived most of each year on Marco Island. He is married to an Australian, Margaret Guesnon, whom he met in London and married in Sydney. They have two daughters. Pierre has had a lifelong interest in words and language.