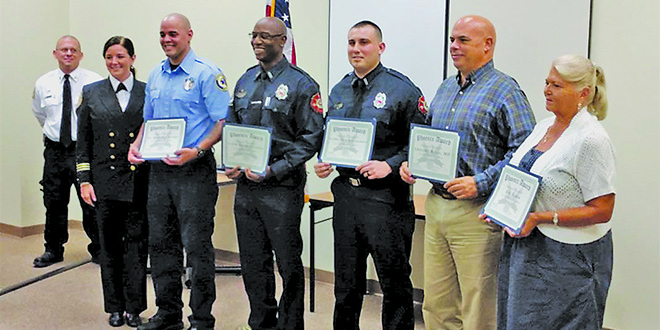 The Phoenix Award is given to first responders who contributed to the successful resuscitation of a cardiac arrest victim. Some of Marco’s emergency response personnel received multiple awards for their life-saving measures.

This year fifteen civilians were also honored, including Goodland residents Greg Bello and Kay Tabor. Greg and Kay helped save Mark Drumheller last January, when they were first on the scene and administered CPR and automatic electronic defibrillator (AED) shock treatment prior to the arrival of Marco EMS personnel.

Coastal Breeze News congratulates all of the Phoenix Award Winners for a job well done!