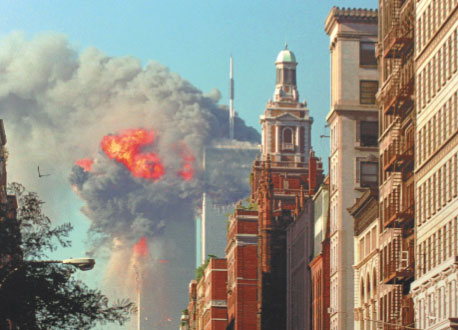 It has been ten years since America was attacked by a band of terrorists who on that day wanted to destroy America; kill as many Americans as possible and fire the first shot in the Holy Jihad which they declared against America. Despite recent efforts on the contrary by some who are trying to re-write history, this was neither an attack on Western Civilization nor the West in general. This was an attack on America, a cowardly attack on American exceptionalism and a vicious attack on our fellow Americans by Al Qaida terrorists acting in the name of Islam. Had the attack been planned against Western Civilization as some now claim; I can name at least ten other targets which could have been attacked. Had the attack been planned against the West in general, I can name twenty other targets that could have been attacked. No, those targets were not attacked; America and Americans were attacked. I think it is time for these re-writers of history to stop their foolish attempts to fool new generations of Americans and face reality! America in general and Americans in particular were attacked on 9/11.

Since that horrible September morning when I sat in front of the TV set in my office, watching the two airliners hit the twin towers in New York and the gloomy days immediately following, my biggest worry was that this horrible and murderous attack on America and Americans would be interpreted, analyzed, celebrated and finally completely twisted and forgotten. As I watched the thick, black smoke fill the blue skies over New York 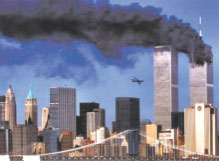 that day, with tears coming down my cheeks I prayed for my fellow Americans who were jumping from the two buildings in a last ditch effort to escape the flames. As the twin towers came crashing down, I had vivid visions of the U.S. Navy personnel jumping off the decks of USS Arizona to save their lives on that fateful December morning at Pearl Harbor some 60 years ago. At that very moment I realized that I did not want 9/11 to go the way the Japanese attack on Pearl Harbor went over the years. A quick check of the pages of major US newspapers on December 7 of any year in the past ten years will yield hardly any stories about what happened on that fateful day President Franklin D. Roosevelt proclaimed to be “a date which will live in infamy.”

On a similarly serene morning on December 7, 1941, Imperial Japanese Navy attacked the United States naval base at Pearl Harbor in Hawaii. That unprovoked and dastardly attack was intended to keep the U.S. Pacific Fleet from interfering with military actions the Empire of Japan was planning in Southeast Asia. The Japanese sank or damaged three US cruisers, three US destroyers, one anti-aircraft training ship and one US minelayer. 2,402 men were killed and 1,282 wounded. As a result, America was dragged in to World War II which resulted in the deaths of millions and only ended when Imperial Japan surrendered after America dropped two nuclear bombs on August 6 and August 9, 1945 on Hiroshima and Nagasaki to put an end to an

ever escalating war and saved further loss of American lives!

This brings me back to my worries about the preservation of the true events and true meaning of 9/11 and the efforts being made to completely change and misinterpret them. On August 6 or August 9 of any year in the past 10 years, when one turns to the first page of his or her favorite American newspaper one will see horrifying photos of the survivors of the nuclear attacks on Hiroshima and Nagasaki with accompanying detailed stories of the days following the event. When one thumbs through the pages of certain history books used in any American high school, one will be hard pressed to find anything about Pearl Harbor. Yet there will be plenty of information about the nuclear attacks on Japan. Ask any high school student about Hiroshima or Nagasaki and you will given full details about the horrors of this attack; yet ask them about Pearl Harbor and you will get a blank stare. It is as if Pearl Harbor never happened and America, without any provocation or reason, conducted nuclear attacks on two Japanese cities!

It scares me to death to think that some day in the very near future, the 9/11 attack on America by Islamic terrorists will also be forgotten by most Americans. There are serious efforts being made by some educators, some government leaders and some others to misinterpret the events of that dastardly attack and turn them into some sort of a “universal condemnation” of terrorism in general. Yes, we should all condemn terrorism around the world regardless of 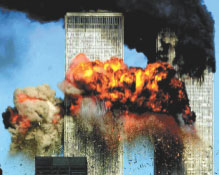 whom the perpetrators were or whom the victims may be. But we must make sure to never, ever forget who attacked America on 9/11 and what their main purpose was. I most sincerely hope and pray that my fellow Americans spend a few minutes with their children on 9/11/2011 and tell them what exactly happened on that terrible day in New York City, Washington D.C. and Pennsylvania. Responsible parents must never let their young and impressionable children be influenced by politicians of all kinds; teachers with personal agendas; right or left leaning members of the printed press; or talking head TV personalities. It must be the duty of every American parent to tell his or her children what exactly happened on that date. Every responsible parent must make sure that the children understand the true meaning of 9/11 and how it changed our lives as Americans forever. They must be told that 9/11 is the only reason why they have to be frisked; body searched and made to take their shoes off at airports. We owe the next generation the truth about 9/11, not an ever changing interpretation; we must make sure that they understand that this was not a global attack on Western values but it was an attack on America, their home, their fellow Americans and their families.