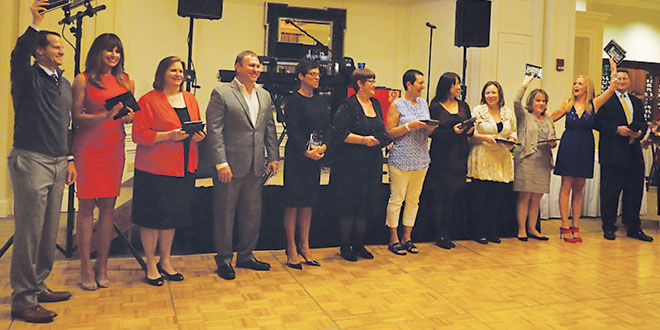 Hideaway Beach Club was again the beautiful setting for the Marco Island Chamber of Commerce Installation of the 2016 Board of Directors and Graduation of Leadership Marco Class of 2015 on January 17. 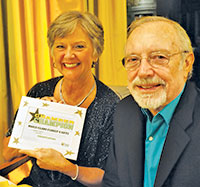 As Dick Shanahan stepped down, he

was recognized for his dedicated and outstanding service in 2015. Alex was presented with the gavel, and assumed his position as Marco Island Chamber of Commerce president. Alex, originally from Detroit, Michigan, has been on the island for ten years, and is the owner of AP Builders. Alex recalled how Dick personally approached him to be his replacement as president. The crowd laughed when Alex shared with them that the only other time Dick had been to his office was when his “roof leaked.” 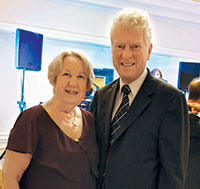 together is success.” Alex praised the “very successful” Marco Island Chamber of Commerce, whose mission is to promote a healthy business and tourism climate.

Alex told guests that the Chamber of Commerce “is not a social club,” and spoke of how the Chamber helps to “build and grow businesses.” Although socializing is not the purpose of the Chamber, Alex said its members “socialize, without apology,” and benefit from networking. Making it clear to all present that the many benefits of membership in the Marco Island Chamber of Commerce go well beyond promoting business, Alex said, “You have become my friends, my extended family…you can’t put a price on that.”