Our US Capitol Building Outside and In 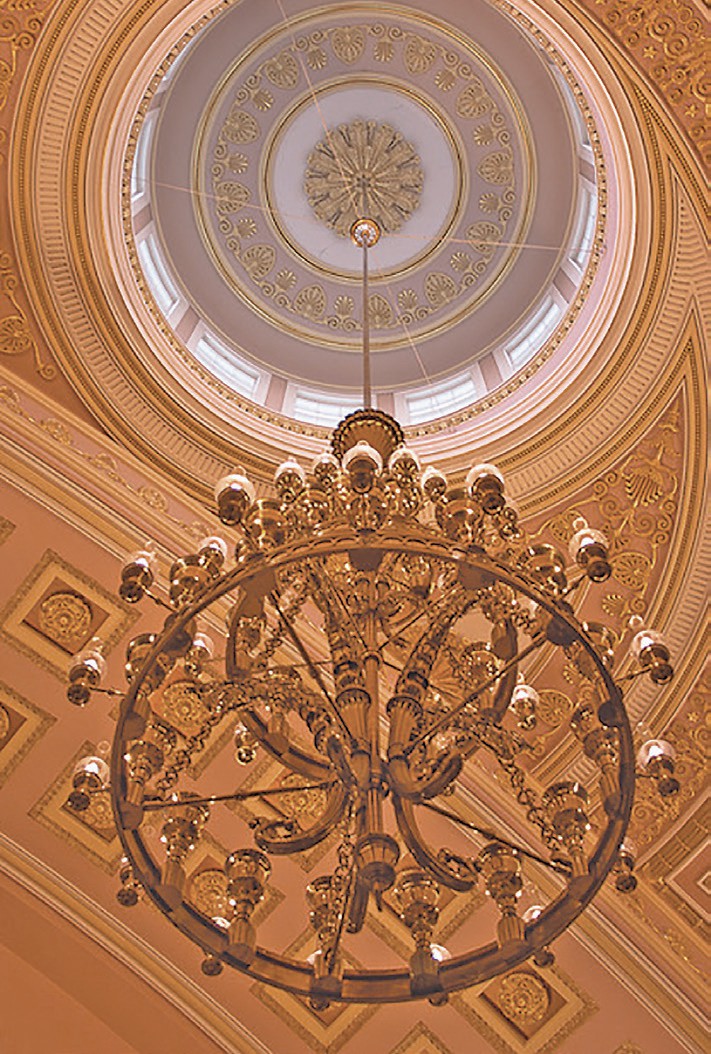 The massive chandelier hanging from the Capitol dome pinnacle.

One of my goals while visiting Washington, D.C. recently was to tour our nation’s United States Capitol Building. The Capitol’s dome could be the most recognized manmade landmark in America and the Statue of Freedom that tops the dome is impressive; no wonder, it stands 19 feet 6 inches tall.

D.C. He realized that the elevation in that location would make the building higher and more visible as it needed to be, which is why that location is known as Capitol Hill.

The Capitol sits in a setting filled with lush shrubbery, plantings of thousands of flowers and over 100 varieties of trees, including many state trees donated to enhance the Capitol’s 240 acres. The landscape architect, Frederick Law 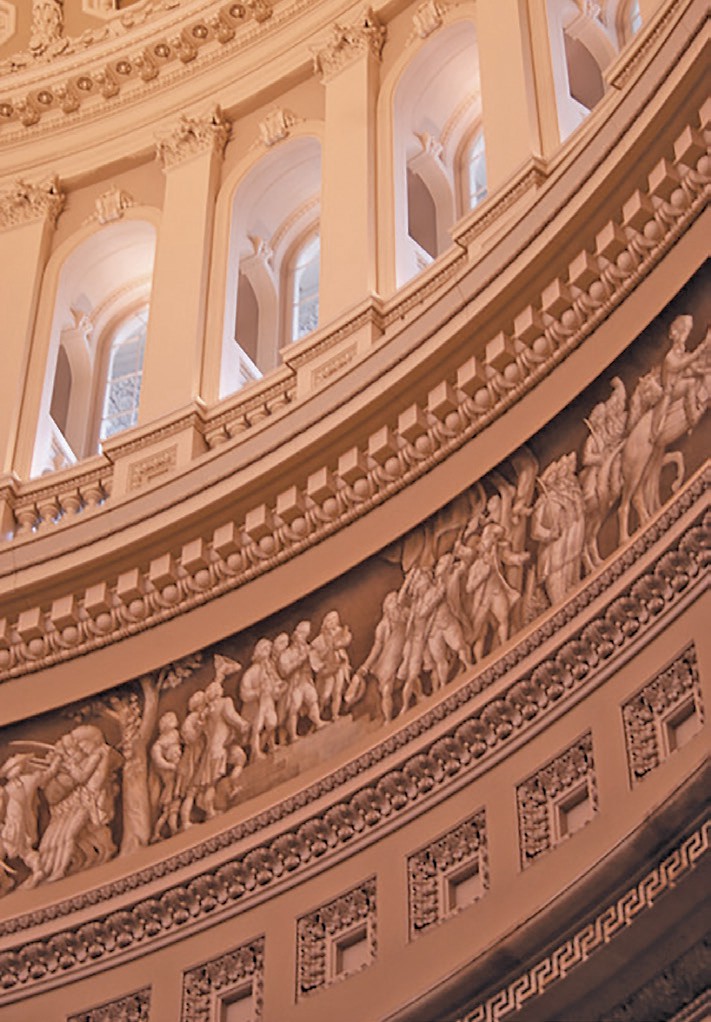 Detail of the Constantino Brumidi fresco and elaborate design work on the walls of the Rotunda.

Olmsted, was dedicated to making the Capitol the focal point and took care to plan the supporting greenery carefully.

The actual Capitol Building has been modeled, remodeled, rebuilt and enlarged over the years, most recently to add a huge Capitol Visitor Center. Additions were made to the House and Senate sections, West Front terraces, and there was an extension to the East Front before the Visitor Center was constructed.

To enter the Capitol, you should be part of a tour – ours was over $100 each, but included other buildings throughout the day. You start with security and proceed through more security that corrals a multitude of tourists and tours up and down stairs and along corridors before finally being led to a huge room “holding pen” where you wait your turn.

a huge, high, cavernous space that held many tour groups standing around the periphery with the tour guides facing them. Since we all had headsets, we could easily hear the information from our individual guide without interference.

At one time in history, the dome was actually smaller and made of wood with copper over it. Because it was a fire hazard, it was decided to rebuild it, enlarge it and make it of cast iron. In all, almost 9,000,000 pounds of ironwork was lifted into place by a steam-powered engine that utilized a boom and derrick that lifted the ironwork to its designated spots.

Since the outside of the Capitol is so famous and consistently seen as a symbol of our country, I admired it, but my curiosity was piqued by what the designers 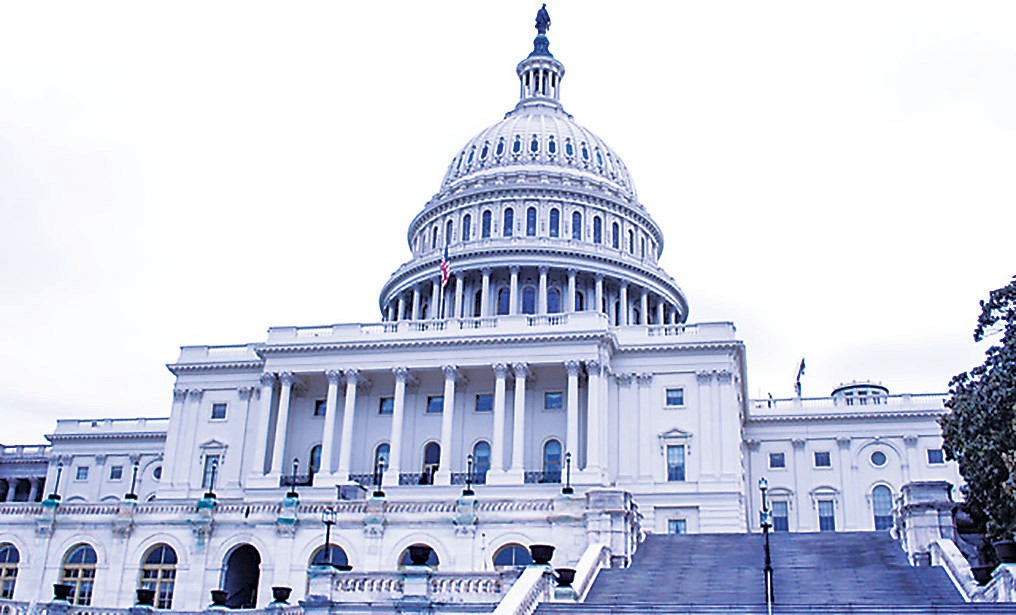 The stately US Capitol Building on Capitol Hill in Washington, D.C. Photos by Jory Westberry

had in mind to showcase the inside of such a massive dome. What I saw was truly magnificent.

One hundred eighty feet above the floor of the Rotunda is an elaborate fresco, the “Apotheosis of Washington,” that circles the entire room. Designed by Constantino Brumidi, the fresco is illuminated by the light that streams into the dome from the circle of windows at the top. Various architectural curves and patterns capture the light and bounce it down to the statues on the floor and massive oil paintings that line the walls. There’s so much history in that one space!

We never saw the House or Senate chambers, but did see the door to 54th Speaker of the House Paul Ryan’s office near the Rotunda. Most of the Representatives and Senators work in buildings nearby 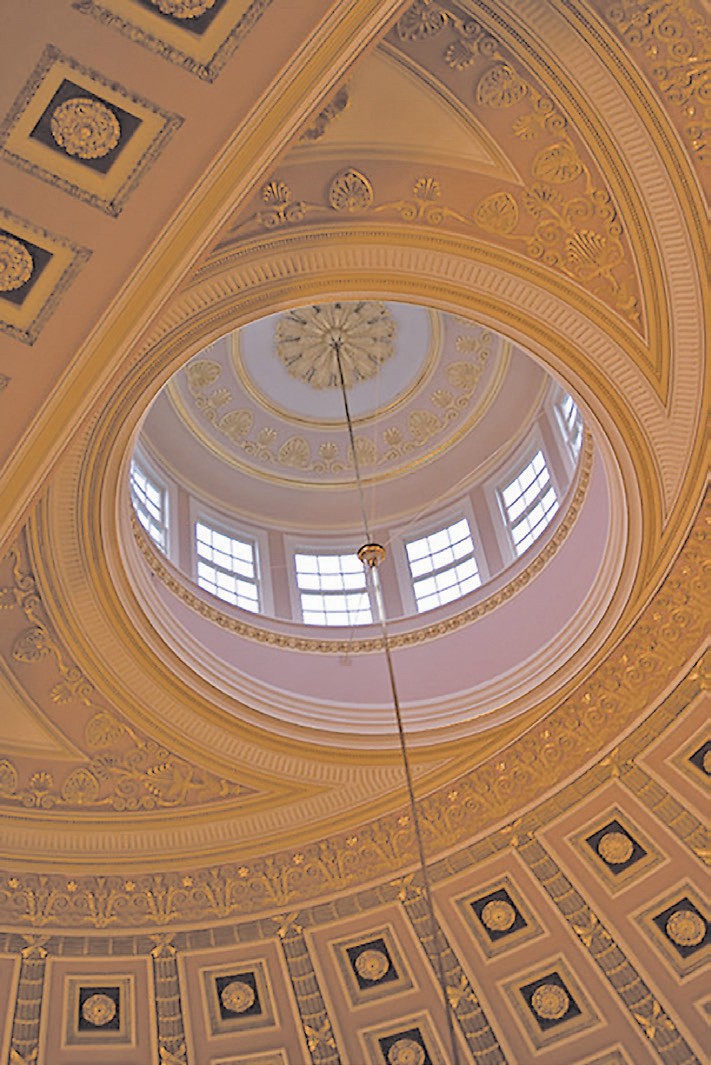 Curves, angles, light and design in the Capitol dome.

and walk over to the Capitol. There are separate elevators for each Congressional group and no one uses those elevators except the specific designees. Flags are flown on the top of the House and Senate buildings when each group is in session. We were pleased that the flags were flying the entire time we were there.

There’s so much to experience in Washington, D.C., you really have to plan ahead, plan to stay a while and plan to go back and you still won’t see it all. More on this trip in future columns.