On Heroes and Cowards 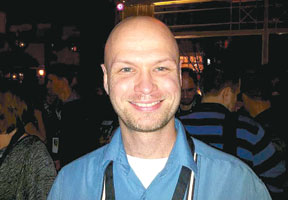 A hero is defined as someone who deliberately and courageously overcomes obstacles for the benefit of others without regard to personal consequences.

A coward is defined as a person who shows disgraceful fear and shameful lack of courage or fortitude under difficult conditions at the expense of others.

This week, as we learn more and more details of what happened in Benghazi, Libya on September 11, 2012; we as Americans must get to know more about and celebrate the lives of our American heroes and condemn those cowards who let them be murdered by a bunch of terrorists.

Our Ambassador to Libya Chris Stevens is a hero. He went to Libya to serve our country and was doing his job when he was murdered. He knew what the dangers were; he was aware of what was going on in Libya yet

he chose to go and serve there anyway. He was hoping to help Libyans build a better country for themselves after 30 years of being ruled by a crazy dictator. He was murdered by the very same people he was trying to help.

Former Navy Seal Ty Woods is a hero. He was part of a small team at the CIA annex approximately a mile from the consulate where Ambassador Chris Stevens and his team came under fierce attack from Ansar Al-Sharia terrorists. When former Navy SEAL Ty Woods and others at the annex heard the shots fired, they requested permission to go to the Consulate and help out. They were told to “stand down.” A few minutes later, they asked if they could go and help and they were told to “stand down” once again. Woods and at least two others chose to ignore those orders and went over to

the consulate which was on fire by this time. He helped evacuate those who remained at the consulate. Foreign Service Information Management officer Sean Smith was already dead as a result of smoke inhalation. Ty Woods evacuated his body out of the building. The group led by Ty Woods could not locate the Ambassador and returned back to the CIA annex at midnight. While at the CIA annex, a further request was made by Woods for military assistance and it was again denied. Fighting until his last breath, Ty did what he always had; he inspired, led, helped and fought for the defenseless, for our country, and for us. Ty died as he would have wanted – with his sword in his hand. Ty leaves behind a wife and a young child. Ty Woods is a hero and will always be remembered as such

Those who wish to contribute may go 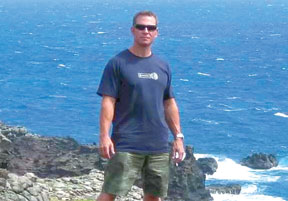 Former Navy Seal Glen Doherty is a hero. Former SEAL Glen Doherty was sent in from Tripoli as part of a Global Response Staff (or GRS) which provides security to CIA case officers and provides counter-surveillance and surveillance protection. He was helping Ty Woods on top of the annex when they were both hit by a mortar shell at 4:00 AM Libyan time; nearly seven hours after the attack on the consulate began. That represents much more than enough time for the U.S. military to send back-up from nearby bases in Europe, or from any one of the aircraft carriers in the area. Seal Glen Doherty is a hero because he continued to do his job against all odds without regard to personal consequences and he died serving his country with honor. (Those who wish to contribute 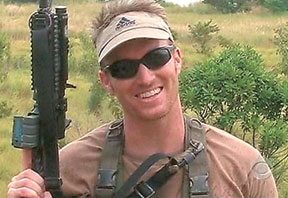 to his memorial please go to glendohertyfoundation.org.)

Sean Smith, Foreign Service Information Management Officer is a hero. Smith was a ten-year veteran of the State Department and was in Libya on a “brief” temporary assignment. He was 34 years old and father of two young children. Smith was an Air Force veteran who had served in a number of posts, including in Baghdad, Iraq and The Hague. He was serving our country proudly and died never believing his country would let him down.

They were all let down. We should not let them down. They are our brothers, our sons, our uncles and our fathers.

And of course for every hero, there are a hundred or more cowards. We don’t need to introduce them to you or even mention their names.

You know who they are.

Tarik Ayasun is President of the Marco Island Charter Middle School Board of Directors and has given many years of service of community service to various organizations.