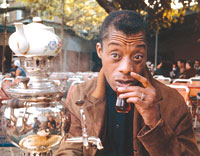 I spend most my Saturday afternoons and Sunday mornings scanning through many foreign newspapers and magazines published either in Turkish or English in order to get a feeling of what the journalists beyond the coast think about the events in our country and interpret these events to their local populations. Some of the stories I am able to read in depth are interesting; others are totally mind-boggling and most just down-right brainwashing!

Obviously, world news, unless sensational and gory, never makes it into our local or national newspapers. As I was going through these stories, it became apparent to me that learning to write and speak English at an early age was the best gift given to me by my forward-looking family. Having been very fortunate to attend a British middle school and an American High School in Istanbul, Turkey, widened my world vision, as well as giving me the unique opportunity to read and learn about things above and beyond what local papers or magazines provided at the time. In the British middle school I attended, we read works by William Shakespeare, Gilbert and Sullivan, Charlotte Bronte, Charles Dickens, J.R.R. Tolkien, Robert Louis Stevenson and Aldous Huxley. In the American high school, we were exposed to John Steinbeck, Mark Twain, William Faulkner, Henry David Thoreau and James Baldwin. It so happened that Mr. Baldwin actually lived in Istanbul 1961 to 1971 and lectured in our school as a visiting author. I was one of the very lucky students in my English class to attend a number of his lectures, and learned about another side of life in America which otherwise would have never been available to me. He wrote two novels during what is known as “Baldwin’s Turkish Decade”; “Another Country” (1962) and “The Fire Next Time” (1963).

I went back to Istanbul last September, and with my friends, attended the 150th birthday of my high school — Robert College of Istanbul established in 1863. Students attending Robert College of Istanbul have always been and continue to be exposed to European and American literature as well as literature from all over the world. They learn about different cultures on a daily basis as a part of their course requirements, and are able to get their news from various sources as a direct result of their ability to speak fluent English (and in some cases German and French).

Obviously, one must be cognizant of the fact that if not conducted in a neutral and 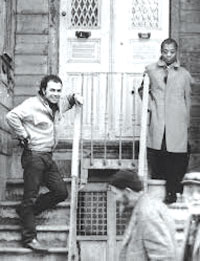 purely academic atmosphere, this access could also cause the students to develop ideas about other countries or peoples in a biased manner. Other than the required reading of such world classics, students are continuously encouraged to read all available international print media. This is an occasion where I think media bias meets academic bias, and this can result in the “perfect storm” of totally biased opinions. Teachers who have political biases of one way or the other can and do influence young minds and bend them in their preferred direction. A teacher may tell the students in a journalism class to go online and get his or her news from a particular media outlet. If the students do not take it upon themselves to find alternative sources of news, the teacher’s political bias will receive a stamp of approval from the biased media contacted.

A young man in Turkey whom I met in Istanbul last summer spoke fluent English and told me that he gets all his news from one American daily newspaper published in a major city on a daily basis. His opinion and vision of America is totally based on the information he gathers from this newspaper. As a result, this young man considers most Americans as “bullies” and “an uncultured lot” as well as “killers of innocent peoples all over the world in order to achieve world hegemony.” Another young man I met who gets his news from another daily American newspaper was sure “global warming/climate change” was “settled science” (it absolutely is not!) and was totally convinced that the 9/11 attacks were self-inflicted.

On the other side of the equation, many of the local and national Turkish newspapers and television news stations which are close to the present Islamist government of Turkey add fuel to the fire by their continuous “anti-Israel, anti-American” propaganda and made another young man I met a “true hater of America and everything that has to do with Capitalism.” A young woman I met in Istanbul who was a friend of my cousin — a college graduate with a Master’s Degree in English and who teaches at a local college — carried the same exact opinions she developed while getting her “American news” from a right leaning news organization available to her, and was convinced the President of the United States could do no right! Another young lady exclusively got her news from the local affiliate of Al Jazeera TV and found nothing to be liked about America 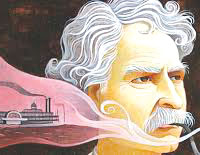 or American institutions. I am sure there were thousands if not millions of young men and women in Turkey who hated America because of the sourcing of their news and lectures of biased teachers and professors.

If you were asked “which Middle Eastern public has the largest percentage of people naming the United States as the country that poses the greatest threat to Turkey?”, what would your answer be? Certainly not Turkey, you would say — a NATO ally and a country that is generally touted as the type of secular, multi-party democracy the United States should foster in the Middle East, which has urged the EU to accept Turkey into membership. Unfortunately, the answer, according to the most recent Pew Global Attitudes Project survey, is Turkey.

Pew found that nearly two-thirds (67 percent) of Turkish respondents named the United States as the country that poses the greatest threat to Turkey in the future. Among the Middle Eastern publics asked the open-ended question by Pew, only in Turkey did a majority name the United States. This may not be enough to prove my point about “biased education and biased media,” but it certainly comes close.

Turkey is also the only Middle Eastern country where public opinion toward the United States has slipped furthest in recent years. Less than one in 10 Turks (10 percent) have a positive view of the United States, a drop of 21 points from the already low level in Pew’s 2002 survey. More than four out of five (83 percent) say their attitude is unfavorable, including 75 percent who feel very unfavorably.

The situation may also be the same (in reverse) right here in America where people’s beliefs are solely developed as a direct result of their sources of news. The biased media in America is where the youth get their news as well as through text messages, Facebook and other such social media where “sources” and “facts” are not important at all. A blogger may post a completely fabricated and totally biased story either online or in any one of the social media outlets. It may be sensational. It may be totally fabricated, but it will go viral; and next thing you know, everyone who reads this garbage is a total believer.

I still think a good, solid unbiased education and press are the answers to most of our world’s problems. Unbiased education will open minds, manipulate young brains to search for deeper and deeper sources. Unbiased media will keep people informed and in 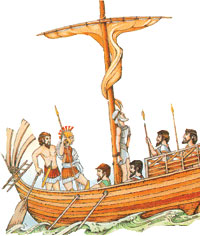 touch with reality. Total availability of fact-based and unbiased education and media may be our answer to a peaceful and non-aggressive world.

Ask yourselves: when was the last time your son, daughter or grandchild brought home a book by Faulkner, Baldwin or Mark Twain? When was the last time any young person in your home or neighborhood carried on a conversation with you about Shakespeare’s “Hamlet,” or Mark Twain’s “Adventures of Huckleberry Finn” or Charlotte Bronte’ classic “Jane Eyre?” I receive literally hundreds of emails a day from people I do not know telling me how the world is about to burn up due to “global warming.” Their sources? The internet and a sensational movie!!! When I tell people in social settings that “in 1964 as a young student in Istanbul, my class and I met with the American author James Baldwin and he discussed his books, race problems in America and his sexuality with us” things which no one else told us at the time, all I get is a blank stare! James who? Granted, not everyone is expected to read Baldwin’s books, but how about Twain, Dickens and others. I will not even bother asking anyone about real classics like Homer (the “Iliad” and the “Odyssey”). I am afraid they will think I am talking about the other Homer — Simpson, that is!

Of course, existence of biased media and prevailing biased education or non-existence of any education or any media are not just American problems; they are world problems and in my opinion the source of most ills that affect us all. As people are dumbed down more and influenced more every day by social media, text messages, twitter accounts, unscrupulous teachers, authors, TV anchors, know-it-all drug infused pompous Hollywood personalities advocating their biased and fact-free “opinions,” there will always be hatred, wars and conflicts around the world.

I have recently been told by a professor in one of our local colleges that he conducted a poll amongst the students. The poll consisted of a single question. Are you in favor of ObamaCare or the Affordable Care Act? Believe it or not, ObamaCare won the day 70 percent to 30 percent. Needless to say, both ObamaCare and the Affordable Care Act are one and the same thing. Unfortunately, most of these same students are also voters.

A future based on less-than-desirable, totally biased media exposure and a lack of proper education for the masses is not too bright for America in particular and the world in general.