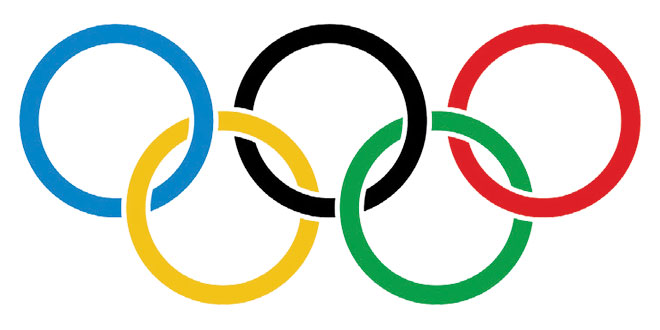 I have always enjoyed rooting for the underdog. Even more so, watching underdogs win!

Such was the case in both men’s and women’s tennis in this year’s Olympic Games.

The tennis coverage of the 2016 Olympics on Bravo network was fantastic. Virtually every match that was played was available to be watched.

It was great seeing Juan Martin Del Potro giving it his all for the entire tournament, and proudly ending up a silver medalist against Andy Murray in the final match. On the women’s side, Monica Puig, became not only the first woman from Puerto Rico to win a medal in the Olympics, but the first athlete, man or woman, to win gold for Puerto Rico. And how about the all-American mixed doubles final, where Jack Sock and Bethenie Mattek-Sands, took home the gold over Rajeev Ram and Venus Williams.

In addition to the tennis coverage, the regular broadcasts and the live streaming offered several unique options to watch Olympic events, all at the touch of a remote control button!

I thoroughly enjoyed watching all the Americans do so well in the Olympics. Michael Phelps in men’s swimming. Katie Ledecky in women’s swimming. Simone Biles, and the entire women’s team, in gymnastics. The men’s and women’s team USA in basketball. Kerri Walsh Jennings and April Ross in beach volleyball.

I also like watching the Olympics because I always discover a new sport that is entertaining and fun to watch.

This year it was the sport of team handball. A sport which I had never seen or heard of before, and a sport which did not include a team from the USA in the competition.

Upon doing some online research, I discovered that various forms of the game have been traced all the way back to the ancient Egyptian civilization.

Team handball has been an Olympic sport since the Berlin games in 1936. The last time a team representing the USA competed in the event was in the Olympics in Atlanta in 1996, where the USA placed a disappointing ninth place.

Team handball is like a hard court version of water polo. I’d call it kind of a combination of basketball, soccer 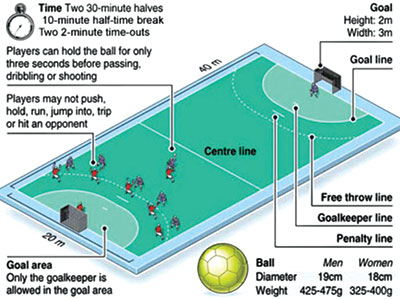 The game is played on a court that is 40 by 20 meters, which is slightly larger than the size of a basketball court. Teams consist of seven players and they play with a ball that is just a bit smaller than a soccer ball, which can be easily held in one hand.

It is a high-shooting/high-scoring game, with multiple shots on goal at each possession of the ball.

Like in basketball, players dribble the ball down the court and pass the ball around the outside perimeter of a semi-circular, 6-meter shooting line, much like the three-point line in a basketball court. Players take shots at a netted goal, which is defended by a goalie. The game is traditionally played in two 30-minute halves. Like in hockey, players can be penalized and sent to the penalty box, which creates a power play opportunity for the other team.

The sport was very fun and entertaining to watch and I am kind of sad that I probably won’t get a chance to see it again for another four years, until the next Olympics.

My last thoughts are on the future of Olympic competition.

With the somewhat untraditional sports such as archery, trap and skeet shooting, table tennis, and badminton already being regular events, along with the announcement that the 2020 Olympic games will include sports such as skateboarding, surfing and rock climbing, will pickleball someday be in the Olympics? With the growth and popularity of the sport here in America, along with the amount of top-level international players I observed at this year’s U.S. Pickleball Tournament in Naples, only time will tell.

Learn to TurnA Question of BalanceDo Not Enter