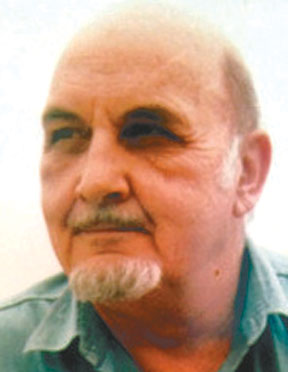 Bruce Greene, 77, passed in Peace, Thursday, September, 20, 2012. Born in Bristol, Conn., he was raised to observe, appreciate and respect all of nature, especially wildlife. On one of his many walks with his father, he found his first arrowhead, thus, began his curiosity and passion for all human cultures. Stationed in Sendi, Japan, as a meteorologist, he received his honorable discharge from the US Army Air Corp 1958. His interest and study of the Japanese culture was as natural as the beauty he found there. This began his career path in anthropology and archeology. Following college, he was curator of the Baker Museum of his alma mater, Rollins College, Winter Park, Fl.

His first expeditions to South America in 1960, were with the First Coastal Peruvian Study of “primitive” groups of natives found in the interior -In this expedition, of unexplored pre-Incan excavation, in the back country of Peru, he was shifted from digging among the dead, to residing/observing among the living. It is here, while living amongst the Isconahua natives (an undiscovered tribe), he learned his theology. “They believed the reflection you see of yourself in another person’s eyes is the soul. Their belief in Heaven (our word) was No hunger, sickness or war…they had no belief in Hell”. In 1962, he received an honorary Doctorate degree from the Universidad Nacional de Colombia, S.A. for his work and study of the Sanha tribe in Northeast Colombia. His published papers of these expeditions were awarded by the Musee d L’homme-Paris, the International Scientific Journal for Archeological work and Anthropological discovery. In 1965, age 30, he became the youngest Fellow of the Explorer’s Club, whom he later represented as founding President of the Naples, Fl. Chapter, as an esteemed Emeritus Fellow.

His love of the US Native American cultures, with study of various tribes, regions and their art was only surpassed, by his once extensive and deemed the finest and largest, privately held collection of W. African art. All collected, in a span of two decades and over 1,000,000 Pan Am miles. He is also renowned for his expertise in the Pre-Columbian Art of Lower Central America (as evidenced in his book of the same title.)

Bruce’s accomplishments remain, as he was the industrious creator of many beginning and established museums. Heading them up as curator and director, he leaves curiosity and awe unquenched to inspire those that follow.

His collections were endowed and exhibited with Duke University, NC., Norton Museum of Art, Palm Beach, Fl. Brooks museum, Tn., Maryland Academy of Science, Md., Primitive Arts, Ft. Lauderdale, Fl. All of which developed into his own Museum/ Gallery. The Hogan Gallery which was established in Naples, Fl. in 1981.

Along with the Explorer’s Club, Bruce was an active member of ATADA Antique Tribal Arts Dealer Association and the International Society of Appraisers and Restoration.

Bruce Greene will be fondly remembered and dearly missed by his family and friends- devoted husband-loving Father and Brother- Guiding elder to all his “Grands” as a distinguished collector and curator of ethnithographic art, explorer extraordinaire, author, pilot, photographer, active animal and wildlife protector and proud patriot of American values and its prospects.

Bruce walked his own path. He opened vistas in observation, tolerance and acceptance expanding the opportunity to elevate humanity through quiet strength, integrity and intentional kindness. The Celebration of his life was held at: Hopeland Gardens Aiken, SC. In lieu of flowers, donations may be made to the National Park Service or any animal and wildlife charity of your choice.