November 8th A Most Important Day 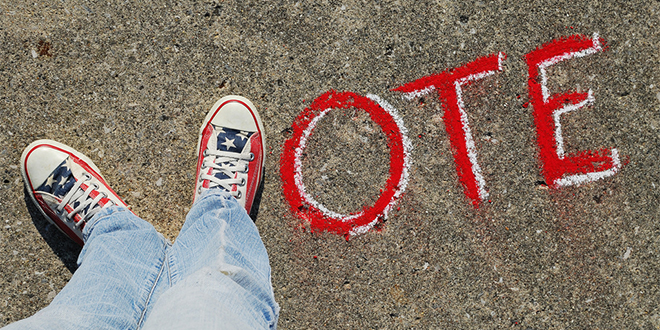 I stopped writing my opinion piece for a few months. It wasn’t that I did not want to write anymore; so many things were happening all at once, it was difficult to concentrate and write a single story. However, with only a few days left before we go to the polls and choose the next leader of the free world, I thought it was not just my pleasure to write this column; but also, my duty.

Whether some of us like it or not, America is the leader of the free world. And it is because of that they watch our presidential elections very closely. What happens here; who we choose as our leader is very important to them.

Unfortunately, not living here in America every day of their lives, those who live outside of the borders of this great country develop their opinions based on false and one sided information solely on “reporting” done by probably the most biased and intellectually corrupt, deplorable press corps ever assembled in the history of this country.

This totally irresponsible so called “main stream media” demolishes and destroys the credibility of any person running for president of the United States whom they do not like or do not agree with. Not realizing that once this person is elected President his leadership and credibility has already been irreversibly damaged. Case in point was George W. Bush who was so maligned by this corrupt press corps that people living outside the borders of our country had already developed false and highly negative ideas about him; thinking he was a reckless “cowboy” or simply a “stupid or unintellectual” person. They were never once told that George W. Bush was the best educated president we ever had!

Therefore, before we go and cast our ballot as an American, our most important contribution to the future of our country; I am asking you to have one last moment to stop and think about the importance of this act. Do not waste it.

The world around us is exploding. ISIS, Syria, Iraq, Afghanistan, Russia, China and unprecedented events in other parts of the world as well as the great division that has been created right here in our own country between races, between the haves and have nots and promotion of lawlessness and tolerance of disrespect for different religions, our flag, our national anthem, our first respondents; we MUST stop and think where our country is headed and by whom it should be lead into the next four or maybe eight years.

This is not a political piece. I don’t like politics. I like leadership. I like patriotism. I like love of country. I like respect of others and their values. I love my country. We should all be above politics when we think about the future of our country for the sake of our children, for the sake of our grandchildren and the generations to come after we leave this earth for better places (and I am not talking about mars.).

Without getting into the gory trash that is being fed to you by the corrupt media, both written, audio and visual I decided to give you a summary of what is going on around the world and bring everyone down to earth and into reality of what we are facing:

What has happened around the world since my last column?

The world is about to catch on fire.

Some areas are already on fire.

We are sitting on a powder keg.

Russians are not afraid of us.

They do not respect our leaders.

China is making bold moves in the Pacific.

Our enemies no longer fear us.

Our friends no longer respect us.

In a few days, you will have a chance to change this all for the better. Your vote will count. Do not stay home because you think the candidates are not worthy of your vote. This is a right you have and you must use it wisely. And these are the only candidates before us which we must choose from.

This should be one occasion in your lives when you do not have to go home with the one who brought you to the dance!

Think about the two or three Supreme Court Justices who will be appointed by the next president. Think how important that is for our future.

We need to change direction.

We need to do it now, before it is too late.

Time to choose between the “same old same old” or a brand new strong re-start to stop the decline and make the greatest country in the history of the world great again!