No Pain, No Wrinkles, Lose Weight Rapidly and Eternal Youth 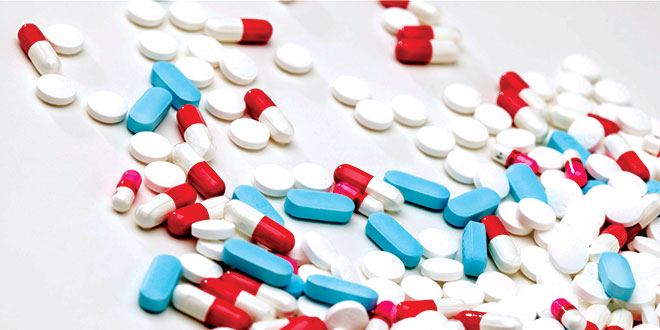 Are you over-medicated? What does that mean — how can anyone say a thing like that after a headline promising an almost ideal life, free of superficial and ongoing medical problems! We all have minor, and some major, aches and pains. Who among us doesn’t have a wrinkle or two? Wouldn’t you like to lose a couple of those Thanksgiving pounds that you gained, especially after adding Christmas and New Year’s eating? How about that grey hair, if indeed it is thick enough to worry about — would you like more/some — better than none? Are you not running around the tennis courts the way you used to — if at all? Is it increasingly difficult to bend over to retrieve golf balls, or how about your fallen dinner napkin? Is your aging, arthritic dog now running circles around you and beating you to a seat on your favorite recliner? It’s so relaxing to watch TV in the evening — how many programs do you see to completion? No fibbing now: When you ‘rest your eyes’ for a minute do you open them within an hour? Aaah, those naps feel so good!

Let’s face it: If you were to take all the advice of media ads and not only purchase but swallow (literally and figuratively) all the suggestions for pills, treatments, devices and contraptions that promise an end to all that ails you, I would suggest that you would not only be bankrupt and looking for larger quarters to house all your pill bottles and new acquisitions, but you also might have no time left in the day to do anything but figure out which pill to swallow next, between climbing on another apparatus or running to see a different person who will put you out of your agony — whatever that might be — or improving your appearance.

I think most of us might consider ourselves rather savvy consumers who would not fall prey to just any old scam (think again), but if a fairly reputable person, let’s say one who has the honor and qualifications to put a legitimate MD after his name, told you every day of the week to take a different vitamin or anti-oxidant that would prevent cancer, stop your back pain, improve your vision or cure arthritis, or make your skin look 20 years younger, would you take his word for it? Plenty of people must, or he wouldn’t have a daily TV show, right? He wouldn’t be permitted to write a column in a newspaper, would he?

Listen carefully to those ads for medications which promise an end to everything from ingrown toenails to asthma, and you will find the list of possible side effects which they disclose, (more to cover their heinies than anything you might likely suffer) is enough to frighten all but the very strong-hearted into declining. Don’t they kind of remind you of similar ads from ambulance-chasing individuals which usually begin with a terribly concerned voice asking, “If you or a loved one has suffered untold agonies, or even death…” and telling you to call for assistance so that you can sue the underwear off the pharmaceutical company responsible for your pain and suffering?

Tell me, have you ever met any of the people who appear on the ads swearing that they are cured and can now continue to train dogs, lift grandchildren and participate in decathlons at the age of 90?

If a fool weren’t born every day, then all these charlatans on both sides of the fence — the prescribers and those willing to run them to ground for their useless or harmful ‘cures’ — would have been out of business long ago. It’s the old rule of supply and demand. Without players, there would be no games.

Meanwhile, the rest of us would have less to chuckle at as we wisely nod our heads and vow not to be trapped by wild promises and fancy words. If Florida follows the trend and legalizes medical marijuana, we might not even care; or perhaps we’ll simply keep nodding our wrinkled, sparse-haired noggins and settle down for yet another nap.