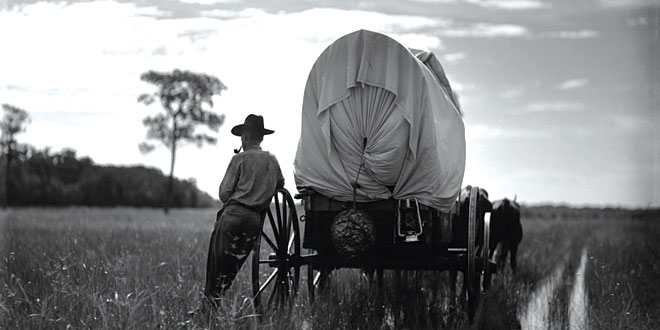 COURTESY OF THE RESEARCH LIBRARY, AMERICAN HISTORY MUSEUM OF NATURAL HISTORY, NEW YORK CITYThe cart and team of oxen were hired by Frank Brown, Bill Brown’s son to transport Julian Dimock and Alanson Skinner, an American Museum of Natural History anthropologist to the Brown’s Boat landing, the site of which is on the Big Cypress Seminole Indian Reservation north of I-75. (August 12, 1910; 49292)

In the first decade of the 20th century, Julian Dimock and his father traveled from their base camp in the then undeveloped outpost of Marco Island throughout southwest Florida photographing the land, the people and the waterways of this frontier Eden.

The Marco Island Historical Museum is excited to announce this never before seen exhibition. “Enchantments: The Photographic Adventures of Julian Dimock, 1904-1913” will be on display Jan. 2-March 29, 2014. The free opening reception will be held on Jan. 7, 2014 from 5-7 PM. Wine and appetizers will be served.

The Dimock’s were former Wall Street moguls turned gentlemen explorers, and they published hundreds of articles documenting their journeys in Harper’s, Field & Stream and other periodicals, introducing Americans to the mysterious world of the Florida Everglades and its inhabitants. They canoed the Ten Thousand Islands, the Everglades and Big Cypress Swamp. They traveled overland by oxcart to reach hidden places, including Deep Lake Plantation, a historic citrus grove, Henderson Creek and Chatham Bend, the island home of the notorious killer Edgar Watson.

Dr. Milanich’s latest book (co-authored with Nina J. Root of the American Museum of Natural History, 2013), Enchantments: Julian Dimock’s Photographs of Southwest Florida, compliments the exhibition at the MIHM and can be purchased in the museum’s gift shop. Publication of this book was supported by the Marco Island Historical Society and the Everglades Society for Historic Preservation. A previous book, Hidden Seminoles: Julian Dimock’s Historic Florida Photographs (2011), which received a Florida Book Awards Gold Metal, also documents the Dimock’s journeys.

For more information about the Marco Island Historical Museum’s “Enchant-ments: The Photographic Adventures of Julian Dimock, 1904-1913”, please con-tact the museum at 239-642-1440 or visit www.colliermuseums.com.