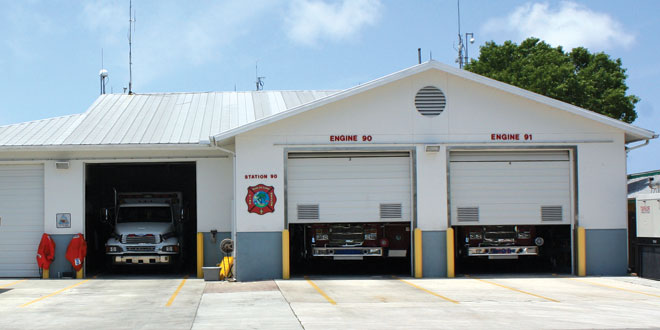 “It is like making sausage. It is not a pretty process.”

At a recent Isles of Capri Fire Advisory Board meeting, this is how board member Matt Crowder described the latest developments in the process to merge the Isles of Capri Fire-Rescue Department with the East Naples Fire Control and Rescue District.

This process, though, has become messier — and slower — than anyone thought possible.

First, creation of the interlocal agreement that was to be sent to the Collier County Board of Commissioners for approval earlier this month has been put on hold until September. The reason: East Naples needs more budgetary information from Isles of Capri to ensure that the proposed $1.5 million rate will cover all costs associated with running the Capri department. Some wonder if a $2 million rate is not in order.

“We are going to try between now and September to run the hard numbers,” explained Crowder. “By working through the hard numbers, we hope to end up with real figures that have teeth. I am confident the $1.5 million is a viable figure.”

Len Golden Price, an administrator with Collier County Administrative Services, noted that “sharp pencils and sharp minds” were coming to the table to devise an interlocal agreement to present to the BCC when it reconvenes in September.

No one saw the second obstacle coming. It now appears that legislative action is required to fully merge and consolidate the two fire departments. According to Price, there was a 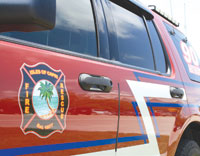 Through an interlocal agreement, it ispresumed that Capri’s equipment will be owned by Collier County and used by East Naples. PHOTOS BY NATALIE STROM

misunderstanding on the abilities to merge, and Capri’s department cannot be absorbed into East Naples without a legislative measure. Since the legislature will not meet again until early next year, the complete merger has to be pushed back until October 2014, and the two departments will have to work together through an interlocal agreement for the next year.

There may be one bright spot to the delay, however. East Naples Fire Chief Kingman Schuldt reported to the Capri advisory board that he has been working to maintain his district’s Advanced Life Support certification. This certification allows paramedics to administer more advanced and enhanced on-the-scene medical services when necessary and while waiting for emergency medical services to arrive.

There have been concerns that the merger between Capri and East Naples would relieve Capri of its ALS certification, effectively bringing down the level of service to the public to Basic Life Support. According to Schuldt, he has been working with the fire fighters union to craft an ALS agreement, and this agreement currently is under review by the Collier County Attorney.

While the merger is not contingent upon the ALS certification, it might make the merger process a bit less messy for the public and residents of Capri.

“If there are no major issues that come up,” Price said, “the agreement could be presented to the BCC as early as September.”