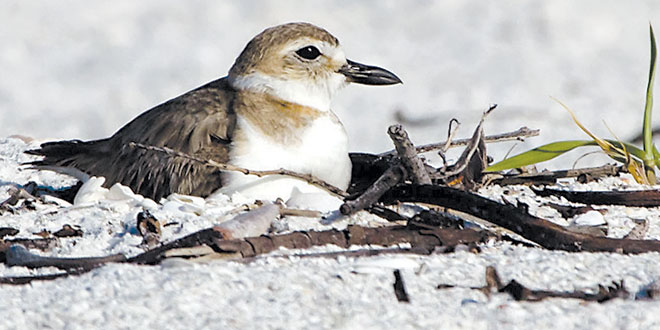 A Collier County sandbar known as “Second Chance” was designated a Critical Wildlife Area (CWA) by the Florida Fish and Wildlife Conservation Commission (FWC). The island, part of a larger shoal complex, is an important nesting site for Wilson’s plovers and state-listed least terns and black skimmers.

From March 1 through August 31 the sandbar will be closed to public access; the least tern, Wilson’s plover and black skimmer nesting season.

Second Chance hosted the largest least tern ground colony in the region for four of the last five years. It is also an important site for Wilson’s plovers and black skimmers.

CWAs are established by the FWC to protect congregations of wildlife from disturbance during critical life stages. Some of the wildlife protected by CWAs include shorebirds, wading birds, gopher tortoises and bats. People and dogs can cause shorebirds to fly from their nests, leaving eggs 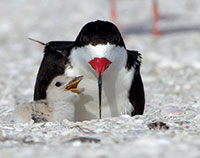 and chicks vulnerable to predation and overheating. Human disturbance can also cause wildlife to abandon a high-quality habitat, necessary for survival.

“With broad public support and unanimous support from the Commission, the FWC is moving forward with this very important conservation effort,” said FWC Chairman Brian S. Yablonski. “This is the second CWA recently added to the system in more than 20 years.” Bird Island in Martin County was added in 2013. The addition of the Second Chance sandbar brings the number of CWAs throughout Florida to 20.

The name Second Chance comes from the sand bar providing a “second chance” for nesting least terns, which had abandoned other nesting sites in Collier County. The sand bar is owned by the State of Florida and is managed by the Rookery Bay National Estuarine Research Reserve. It is located approximately 1.5 miles off of Morgan Point, Cape Romano Island.