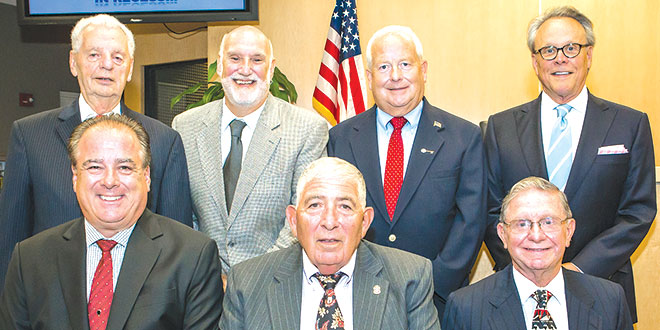 Less than a week after the ballots were counted, Marco Island’s newly elected and re-elected city councilors were sworn into office. Collier County Circuit Judge Ramiro Manalich presided over the ceremonies during the City Council’s Monday, Nov. 10, regular meeting.

Re-elected city councilors Joe Batte and Bob Brown won their seats with 28 percent and 27 percent of the vote respectively.

Victor Rios joins them with 23 percent, beating out Litha Berger who received 21 percent of the vote. Rios assumes the seat of former City Councilor Chuck Keister.

After the swearing in ceremony, all city councilors took their seats and voted for a new chairman and vice chairman. Councilor Larry Sacher will serve a council chairman for the next year aided by Councilor Brown as vice chairman.