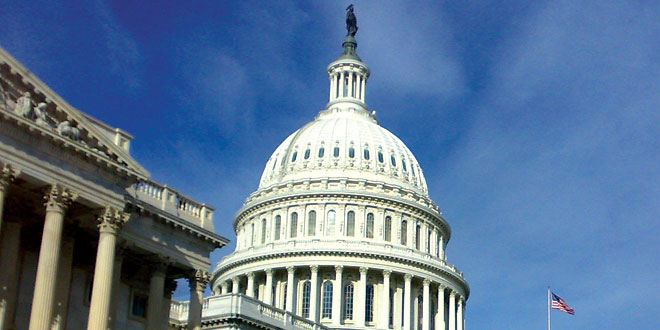 It is correct to criticize Congress for past failures, because their lack of insight, complacency, inattentiveness, and inability to compromise has led to our current fiscal dilemma. Congress’s incompetence and laissez faire attitude has compromised the integrity of a balanced system of government that has nearly ceased to function. Two unfunded wars and an unfunded tax cut further exacerbated the need to raise taxes and substantially reduce spending to eliminate deficits and reduce long term indebtedness that can no longer be solely addressed by economic growth. The need for sizeable increases in revenues could force a complete overhaul of our current progressive system of taxation, while the need to considerably reduce costs could result in severe modifications to Social Security, Medicare, and Medicaid. If the trustee overseers of Social Security and Medicare had done their job to protect these fiscally endangered programs, there would be little need to address these ‘entitlements’ that have safeguarded those who have earned and paid for this umbrella of protection. Although these programs are technically ‘entitlements’ by definition, because our government gave each working American and our employers the ‘right’ to contribute current earnings to provide a safety net during the latter years of life, they are not an award, gift, or privilege, and should never be treated or referred to as such.

I do not profess to be an expert in reform, and the alternatives I am about to suggest may not be the best choices available. However, they represent concepts derived from a few hours of reflection, which represents a snippet in time when compared to the thousands of hours our elected representatives were given to consider these matters.

First, President Obama and Congress must determine if they want to modify our existing progressive form of taxation, which most Democrats prefer, convert to a flat tax which many Republicans seem to favor, or implement a European-type value-added sales tax that unfairly taxes those who earn the least and spend the most on the necessities of life.

Our current tax code is overly complicated and cumbersome, and fosters “irrational individual behavior and corporate avoidance.” If our representatives decide our existing code is the fairest and best income generating form of taxation, then unfair and irrational loopholes that solely favor the rich and special interests must be abolished. No longer can we subsidize successful corporations like Exxon that reap massive profits, yet seek tax payer incentives. No longer should hedge funds be allowed to benefit from having their profits taxed as capital gains rather than at the appropriate tax rate. Nor can we allow profits from vulture capitalism to be intentionally undervalued and taxed at a deferred time. We cannot levy an unreasonably low threshold estate tax of $5 million on estates that exhaust accumulated wealth by again taxing the most successful workers and entrepreneurs at their passing. The capital gains tax should be tiered so that individuals with incomes under $400,000 investing in risky start-up companies that actually create jobs will be taxed more favorably than those who invest in the stock of proven companies which do little to create new positions. There should be a standard deduction of $25,000 per household, adjusted annually for inflation.

Should a flat tax be considered the fairest and selected path for generating revenue, then to be a truly just form of taxation, it should contain only one standard deduction for taxpayers with no special rate for capital gains. Currently, our tax system rewards those who have children, mortgages, are married, have subsidized health plans, and invest in IRAs or 401Ks, while ignoring those who have either voluntarily or involuntarily selected a different path that does not qualify them for some or all of the above deductions.

All Americans should be treated equally under a non-progressive system. The standard deduction should include the current average standard interest deduction of $10,640, the present exemption for the average number of dependents per household of $9,880, the average grocery bill for a family of $6,443, the average cost to maintain a car of $8,003, the average contribution to IRAs or 401Ks of $4,950, and the average health insurance coverage of $10,030 (average of $4,316 employee contribution to employer plans and $15,745 per family to a non-employer plan). The total standard deduction for all American households would be approximately $50,000 and should be adjusted annually to compensate for inflation. Anything over this dollar amount would be taxed at a flat rate to be determined. This manner of calculating the common deduction would be simple and fair, and provide most taxpayers with an opportunity to maintain a decent standard of living and a way to accumulate wealth.

I support either of the above tax structures if the former is modified, or the latter constructed as mentioned, but avidly oppose a European-style sales tax code that penalizes goods and services at every stage of production, and dramatically impacts the least affluent. Regardless of which format is chosen, a five percent millionaire surtax should be levied on incomes exceeding $5 million and a ten percent millionaire surtax on incomes exceeding $10 million until our national debt has been eliminated.

Henry Ford had the sense to ensure that his workers had the ability to purchase his own product. If American workers do not have the income to purchase the products and services they produce and provide, then demand will not meet supply and deflation will continue to dampen expansion.

The tax structure for business must be revamped as well. Tort and patent reforms must be implemented to prevent frivolous claims. Incentives must be introduced to discourage businesses from going abroad, and penalties imposed to prevent Americans from filing patents abroad.

Small businesses must be granted easier access to credit. Variances should be issued to small start-up companies to by-pass trivial, duplicate, or irrational regulation. Universal health care must be streamlined to reduce the costs to small businesses which provide employee or personal coverage. One time tax amnesty tax credits should be granted to induce trillions of expatriated dollars sitting in foreign banks or invested in enterprises abroad to be returned to our economy, if invested in infrastructure, job training, equipment, and plant expansion, and equated to the number of jobs created. No major tax reform should be legislated unless linked to a balanced budget.

Contained in the ‘fiscal cliff’ compromise were certain additional options pertaining to the rollover of 401Ks into Roth IRAs. This was primarily done to raise current revenues. But, to the best of my knowledge, these additions failed to adequately meet the needs of those approaching or already in retirement.

During our current economic downturn, a good number of aging Americans who normally reduce exposure to stocks by investing in fixed assets, sought to maximize gains by investing in riskier securities. Unlike some members of Congress who may have profited from their exemption from the regulations of insider trading, these seniors lost a substantial portion of their life savings. Other seniors opted to leave their funds in fixed instruments that created little additional wealth due to record low interest rates.

Sadly, most of these investors have little or no time to recover losses or raise asset values, because regulations require partial withdrawal of proceeds starting at age 70.5. Therefore, Congress should either extend the mandatory beginning withdrawal age for IRAs and 401Ks to correlate to the number of years that transpire during our current downturn, or permanently extend the initial extraction age to compensate for the increase in life expectancy. This is precisely what many in Congress seek to do with social security income distribution. For taxpayers with incomes under $250,000, Congress should extend the period in which to convert to Roth IRA’s to three years, and consider treating this accumulation as a long term gain to increase conversion activity, compensate for losses incurred and increase current revenues.