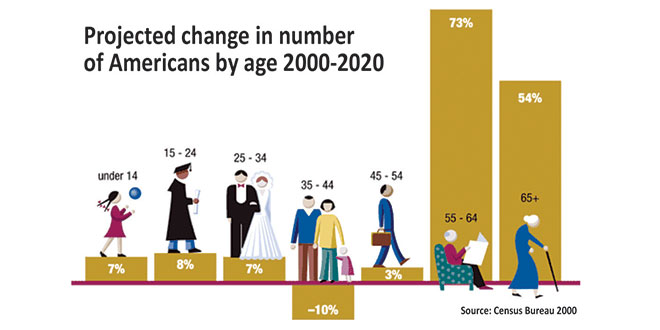 Question: Please explain negative Gross Domestic Production (GDP) for the first quarter of 2014. What does this mean for investors?

Answer: We define GDP as the total output of all goods and services resulting from economic activity in the United States. GDP consists of consumer spending, government spending, business spending, investment and total net exports (exports minus imports). According to the Bureau of Economic Analysis, during the first quarter of 2014, GDP decreased at an annual rate of 2.9 percent as compared to an increase of 2.6 percent in the last quarter of 2013.

National GDP is similar to total income for a household. Salary, wages and passive investment income are the revenue sources for a home. In a perfect world, the goal is to bring in more than you spend. The same concept applies to countries. Historically, the annualized U.S. GDP growth rate averages between 2.5 and 3 percent.

As with most economic indicators, trends are more meaningful than individual pieces of data. GDP is commonly used to measure a nation’s economic health. When reviewed over time, it identifies trends in the economy and the country’s overall standard of living. Consumer spending represents approximately 70 percent of GDP. Therefore, it’s logical that any changes in consumer behavior would affect GDP reports and ultimately trends. Several less obvious factors influencing GDP are the internet, demographics and economic globalization. It follows that trends in these areas may influence GDP trends.

What it could mean

Are trends changing because behavior is changing? With the advent of the internet, many consumers have changed their shopping habits. This can be seen in the retail sector. It takes time for businesses to adapt and change their delivery systems to match consumer preferences. E-commerce sales grew 16.9 percent in 2013 while non-e-commerce retail sales were only up 3.5 percent. Retail sales represent 27 percent of U.S. GDP. It is important 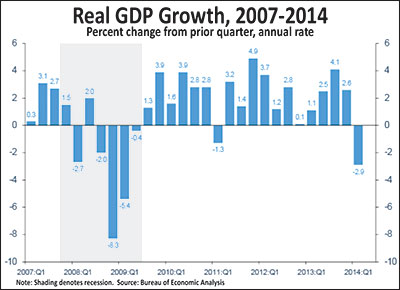 to note that the transition from brick-and-mortar shopping habits to online sales takes time for companies to incorporate into their business plans.

Gen Y, or Millennials who reached adulthood around the year 2000, and Gen X (born between 1965 and 1980 currently between ages 34 and 49) are the next wave of consumers. These adults are internet savvy and accustomed to a globalized economy. Both outpace us Baby Boomers who’ve adapted to new paradigms over time.

Generalizations are often dangerous, and there will always be exceptions. Yet, as we maneuver out of The Great Recession, it appears that Gen X and Y are having a tougher time than Boomers. Often faced with large student loan debt and higher unemployment rates, housing costs eat up a larger percentage of their personal GDP making it difficult to gain economic traction.

In addition, money spent has a multiplier effect. Additional spending creates additional hiring, creating more income, which creates additional spending. Housing expenditures are an example of the multiplier effect. Every dollar spent cycles through the economy expanding economic activity. This is why housing is so important to our economy and is an important trend to observe along with GDP reports.

Baby-Boomers, now age 50 to 68, have established homes and accumulated belongings over a lifetime, and many are beginning to downsize. It is the spending and saving habits of Millennials and Gen X that are worth watching.

The question remains, is negative GDP in the first quarter of 2014 an anomaly, an abnormal occurrence or a trend? Only time will tell, and remember, the trend is your friend. Stay focused and invest accordingly.

Information obtained from outside sources is believed to be accurate. This information is general in nature, it is not a complete statement of all information necessary for making an investment decision, and is not a recommendation or solicitation to buy or sell any particular investment. Investing involves risk and the possible loss of principal invested, investors may incur a profit or a loss. Opinions expressed herein are those of the author and subject to change at any time.

This article provided by Darcie Guerin, CFP®, Associate Vice President, Investments & Branch Manager of Raymond James & Associates, Inc. Member New York Stock Exchange/SIPC 606 Bald Eagle Dr. Suite 401, Marco Island, FL 34145. She may be reached at 239-389-1041, darcie.guerin@raymondjames.com or www.raymondjames.com/Darcie. Please contact Darcie with any questions you would like to have answered in this column.