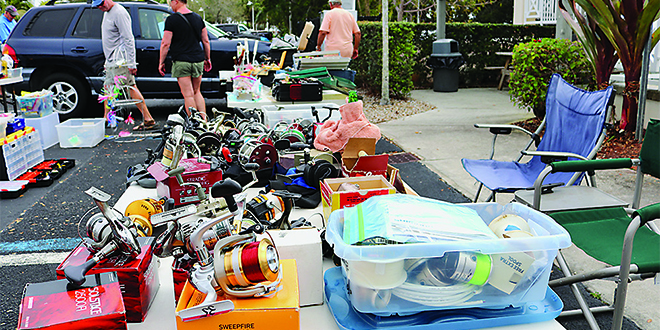 Water sports are a huge part of the allure of Marco Island, and as such, anything that is related to getting out on the water has a certain mystique to it. In 2003, the then-commodore of the Marco Island Yacht Club, Dave Besuden had a vision for teaching children the ability to sail. He recognized the lack of such a program on the island and with the help of Dean Heard, Fred Shinn and former Commodore Don Mills the program became a reality.

To overcome the issues concerning liability exposure, the club joined with the City’s Parks and Recreation Department. Dana Sousa, the then-director of Parks and Recreation brought together resources from the Collier County Parks Sailing Program, along with Blaine Davis, the owner of the Kahuna sailing catamaran to help with setting up the program.

The Yacht Club would be the fundraising arm of the operation and the city would provide the instructors and shoulder liability. The effort was given the name MICKYS (Marco Island City Kids Youth Sailing).

By December of 2003, due to the generosity of a number of groups, including SAMI, Marco Bay Yacht Club, the Marco Cruise Club, Sunrise Rotary, Kiwanis, Key West Charters, the Snook Inn and the Stearns, Tateo and Henegan families, the funds were in place, allowing the final planning for the program which would begin in June of 2004.

Originally the Rose Marco River Marina donated a pontoon boat for instructional purposes and stored the equipment for the program. The West Marine store on the island has also become a major sponsor of the program, yielding thousands of dollars that have helped to support the instructional and capital costs.

This last weekend the Marco Island Marina Association hosted but another Nautical Flea Market, from which the rental of tables and other fundraising goes towards the continuing costs of the instructional school. “This is just great; the money raised for the sailing school, along with bargains for the shopper are a great combination,” said Pete Frazier, who is a member of the Marina Association.

In 2012 the group reorganized under the name MICSC (Marco Island Community Sailing Center) for tax purposes and received their 501(C)(3) exempt status in September of 2012.

Today you’ll find the group located just to the west of the Jolley Bridge, on land that is owned by the city. The area is often seen teeming with activity when the group is busy coaching new sailors.

Both Dean Heard and Rocky Cale are very vocal about the support from all segments within the community. “We never could have done this without the cooperative efforts of so many,” said Heard.

Rocky Cale also went on to thank Bill and Karen Young for their generosity is sponsoring a very important fundraising event, which is important to the continuation of the program. “Bill’s efforts have just been invaluable to us,” said Cale.

The Nautical Flea Market drew a great crowd under clear skies, a light breeze and a million dollar backdrop of some of the finest boats in Southwest Florida.