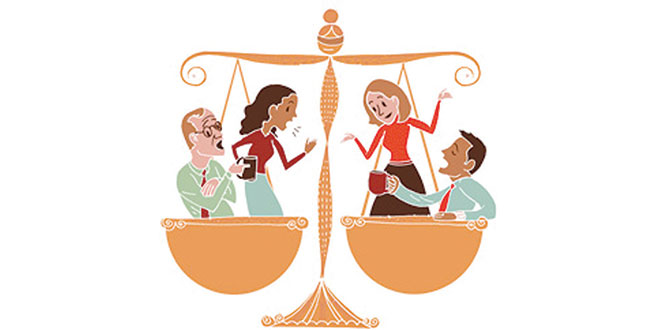 Question: What are your thoughts on the U.S. Supreme Court’s ruling on the Affordable Care Act (ACA) and what will it do to the stock market?

Answer: The nine U.S. Supreme Court justices voted 6-3 in the King vs. Burwell case stating that taxpayer money will pay for federally funded healthcare exchanges. These exchanges are essentially subsidized health-insurance plans for the states (including Florida) that chose not to create their own exchanges.

According to the Centers for Medicare and Medicaid Services, 11.7 million Americans selected insurance plans from the health-insurance exchanges. Of those, 7.5 million selected plans in the 34 states in which the federal government was operating the state’s exchange.

About 85 percent of those people, or 6.4 million Americans, were receiving subsidies averaging $272 per month to help pay for their healthcare insurance. Those subsidies were the subject of the King vs. Burwell case.

If the decision had gone the other way, it is likely those 6.4 million Americans would have lost $1.7 billion per month in subsidies and would have been priced out of the market, thereby losing their healthcare coverage. A “death spiral” may have started with healthy individuals leaving the exchanges. Rates would’ve increased to match the higher medical costs of those who would retain their coverage at almost any cost — the chronically ill or those with major medical issues.

Speculating, this is probably what concerned the Supreme Court justices and caused them to interpret the law within the context of creating a viable health insurance marketplace designed to cover the uninsured rather than taking a literal interpretation of the Obamacare law. Chief Justice John Roberts wrote in the majority opinion, “Congress passed the Affordable Care Act to improve health insurance markets, not to destroy them. If at all possible, we must interpret the Act in a way that is consistent with the former, and avoids the latter.”

Subsidies attract healthier uninsured Americans who might not otherwise choose to participate. Without this appropriation, adverse selection would likely occur with a greater percentage of higher-risk participants seeking insurance. Those who don’t feel they have a need for coverage (remember being 21 and invincible?) would opt out, while those with a dire need for coverage would line up for coverage. Premiums would skyrocket and the health insurance marketplace, in this country as it relates to Obamacare, would have been destroyed. By upholding ACA or Obamacare, the Supreme Court allows the federal health care premium subsidies to continue. Absent any political discussions, the facts remain.

One fact is that financial markets abhor uncertainty. Because of The Supreme Court’s decision, the battle is over for the near future. It’s back to business as usual with a clear direction for the health care providers under the Affordable Care Act. Now, healthcare consumers, hospitals, managed-care companies and providers of anything related to healthcare, have more certainty going forward.

There are plenty of stocks related to health care that could’ve been hurt by an adverse ruling by the Supreme Court. The health care sector was up dramatically following the ruling. Sectors that may face headwinds and suffer short-term include housing and nonessential consumer discretionary purchase because consumers will be forced to decide whether to spend money on healthcare or other items.

The Supreme Court ruling is a positive for hospital bonds. Removing uncertainty puts confidence back in the sector, which has seen some nervousness as the ruling date approached. This should help hospitals serving areas with higher populations of those who previously weren’t covered by insurance (i.e., low-income areas). More people having insurance allows them to visit doctors for preventive care vs. going to the emergency room, which generally is more expensive.

The ruling potentially aids hospital groups and managed-care companies. Emergency Room related companies might also benefit. Many of these have large bad-debt write-offs for a percentage of their billed but uncollected revenues. Specific companies should be examined to ensure that they meet your investment guidelines.

When more healthy people enroll under the ACA, the risk associated with the chronically ill will be diluted. It will be interesting to see what happens from here. It’s thought that more states, including those that previously set up their own exchanges, will convert to federal exchanges and let the U.S. government do the heavy lifting of administering the plans. The real question of how the Federal Government will pay for these added expenses remains.

Companies will benefit from the trend of consolidation and cost reduction to meet increased demand for their goods and services. What we do know at this point, is that Obamacare is legal and here to stay, creating strong tailwinds for some healthcare companies and headwinds for others. Stay focused and invest accordingly.

The opinions expressed are those of the writer, but not necessarily those of Raymond James and Associates, and subject to change at any time. Information contained in this report was received from sources believed to be reliable, but accuracy is not guaranteed.

Certified Financial Planner Board of Standards Inc. owns the certification marks CFP®, CERTIFIED FINANCIAL PLANNER™, CFP® (with plaque design) and CFP® (with flame design) in the U.S., which it awards to individuals who successfully complete CFP Board’s initial and ongoing certification requirements.