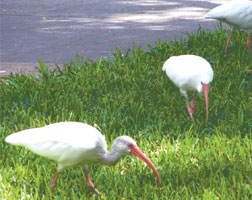 On Wednesday, January 4th, 2012, volunteers ranging from professional scientists to amateur birders canvassed Collier County for an approximate twelve hour period counting species and numbers of all birds observed. This is the 112th year for this national bird count, having occurred between December 14th through January 5th each year since 1900. It is the longest running wildlife census in our country. Using dedicated experts and “citizen scientists” who help assess the health of bird populations has given Audubon and other organizations data to help guide conservation actions. Some families have made this a tradition over generations – leaving their warm, comfortable homes on a cold holiday morning to make a difference by recording bird numbers and species and experiencing the great outdoors in their own communities.

During the late 1800’s into the 1900’s, there was a common tradition to have “side hunts” on Christmas or during the holidays, where people would take sides for a competition to hunt birds and other animals. At the end 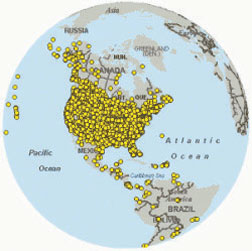 of the day, whoever had the biggest pile of feathers (and fur) would win. Going into the 20th century, conservation was starting to catch on. Scientists and naturalists were concerned about the loss of bird species. One of the first officers for the newly created Audubon Society, ornithologist Frank M. Chapman, created the first Christmas bird “census” – this new competition would be to count birds instead of shoot them. It would soon be known as the Christmas Bird Count.

That first census had 27 participants who identified 90 different bird species in 25 locations ranging from Toronto, Ontario to Pacific Grove, California – this includes 16 states ranging from New York, Ohio to Louisiana up to Missouri, to California. Approximately 18,900 total birds were counted. To date, the number of participants in the annual Christmas Bird Count has risen to well over 60,000 people in at least 2,100 locations.

How does counting birds really help? 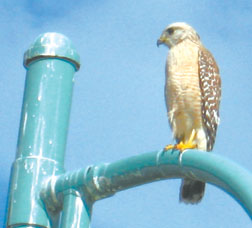 as well as determine the changes to population and habitat in the past 100 years. Not only does it aid conservationists to protect bird populations and habitat, the information has implications for people as well, such as stopping habitat fragmentation, over use of pesticides and over hunting to the point of peril.

Bird Count areas are termed “circles” by Audubon. In each “circle” there is a group of volunteers who canvas the area for one day. This year there were over 2,100 “circles” in North America. Marco Island is actually covered by two “circles”; the shoreline, beaches and mangrove fringe is within one “circle” and the inland island to Goodland is the other “circle”. Like many years in the past, this year, on Marco Island, Karyn Allman, biologist for South Florida Water Management District, Kirby Wolfe, biologist, Sally Stein, Director of Education at Corkscrew Swamp Sanctuary, and this writer, covered Marco Island’s inland areas from Collier Boulevard east to Goodland.

It was 36 degrees Fahrenheit that morning with northeast winds 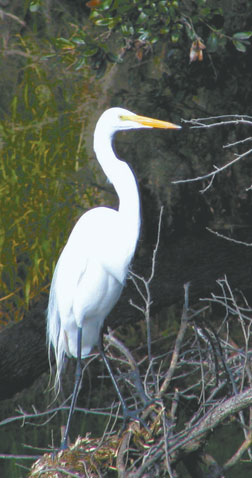 about 10 mph. Brrrr! I believe the coldest day this winter and record low for this area! Starting at dawn with hats, gloves and several layers of clothes, we headed to the Marco Island Country Club, where golf carts were provided by the very helpful golf course manager. Driving the golf carts added another element of cold wind chill! Several species of duck and water birds were already busy hunting and preening in, or on the edges of, the golf course ponds. The water temperature was probably warmer than the air temperature that morning! As the sun slowly rose and peaked around the clouds, more bird activity picked up. Within a couple of hours we counted 37 species of birds, just on the golf course. Most interesting was a Peregrine Falcon raiding a few unsuspecting Eurasian Collared Doves and a group of 11 Northern Shoveler ducks happily bobbing in the golf course pond. 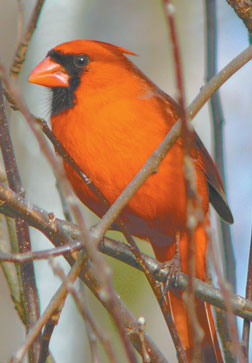 Park, Key Marco, driving street by street counting all we saw from the car and walking. All in all, we covered 49.5 miles by car and 3.5 by walking that day. A total of 61 species of birds were documented and over 1,000 counted just by this small group. We discovered that typically common birds, such as Cardinals, Palm Warblers, Mourning Doves, and even Mocking Birds, were lower in numbers from past year counts. Seeing 66 White Pelicans on Barfield Bay was quite a treat, though! All the data was submitted to Audubon and a final report for the nation will be published in a few months.

Make a difference for science and bird conservation – volunteer in next year’s Christmas Bird Count. To find the local organizer for your community, go to www. audubon.org or contact our local chapter, Collier Audubon Society at 239-643-7822 or website at www.collieraudubon.org

If you are interested in the complete list of bird species and their numbers counted this year on Marco Island, please contact me at 239-389-5003 or nrichie@cityof marcoisland.com