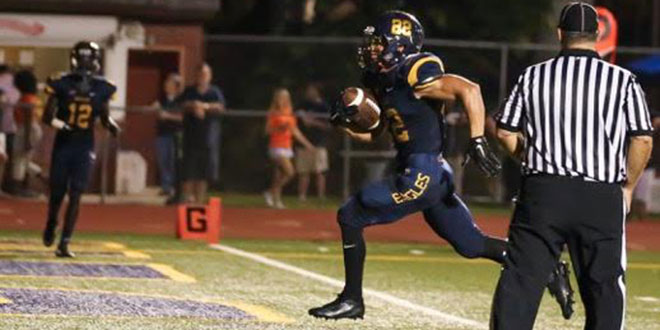 The game was nearly over before it began as Naples pounded Lely 69-0 to win the 42nd annual Coconut Bowl on October 10th.

then Naples blocked the Trojans punt. On its first play the Golden Eagles Carlin Fils-Aime raced 30 yards for a score. The point-after made it 7-0 with just 3:12 gone on the clock.

Naples pulled off a successful squib kick, getting the ball at the Lely 45 yard line. Three plays later Fils-Aime scored again on a three-yard run. With the point-after it was 14-0

with five minutes to go in the first quarter.

Naples would score again before the quarter was over, leading 21-0 after one quarter.

Lely mistakes and Naples dominant defense, the Golden Eagles were up 55-0 at half time.

In leading by more than 35 points the second half was played with a running clock.

With backups on the 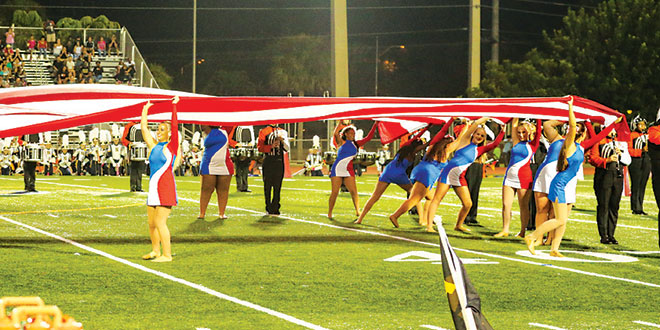