My friend won’t let me join the Board! 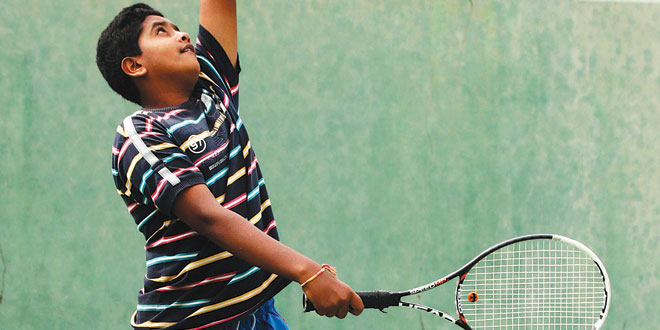 In the final analysis, I really wasn’t that disappointed when my good buddy did not select me to join the board as he brushed it off, telling me it was due to my lack of experience in the field. Let’s be frank; how could I be deemed an expert if I had limited knowledge in any given area. Which brings me to the salient point of the day. If you have a short shelf life in tennis and play at the 2.5, 3.0. 3.5 or 4.0 levels, please limit your advice to your tennis friends.

In the most sincere sense, what if you offer the wrong tips to your best friend? For example, your doubles partner is double-faulting too often and you tell him to hit the ball slower. Sounds reasonable, right? Recently, one of my acquaintances was struggling with her serve and she told me that her best friend suggested a much softer approach. “Quit hitting your serve so hard, it never goes in.” Ironically, she was not guilty of ripping the cover off the tennis ball. Most of her problem involved her inability to toss the ball in the correct spot. Furthermore, she literally changed her target as she chased a bad toss. In other words, she might have had a good plan; serve near the center areas in the Deuce court and then follow up with an alley angle serve in the Advantage court. But, as she prepared to serve, her toss could be so off target that she changed her earlier intention.

Solution. We had to develop a consistent and realistic toss, and then decide the proper serve. Because she was hitting too many flat serves which barely cleared the net, she made a 180 degree alteration. Now, when she comes up to the baseline to serve, (right-handed player) we eliminated the cannonball or flat serve, and we began to address the topspin or “kick” serve.

In order to achieve this lofty goal, she had to 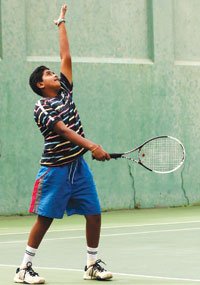 Tennis serve: tossing the ball before hitting it. SUBMITTED PHOTO

toss the ball at 11:00; once her tossing arm began to rise, she had to maneuver the toss to the left so she could impart a brushed up spin. In short order, she tossed ball after ball near the 11:00 hour and she hit each serve with tremendous spin.

Whether it is my two coaching stars, Tad Connerton or Leslie Browne, each has over 40 years of coaching experience and have observed just about every way of striking a tennis ball. So, armed with so much know-how, they are the only ones on campus who can offer the right tonic for their students. Perhaps the best quality of extremely knowledgeable teachers is that they impart a few nuggets each lesson. Whereas the young coaches who are not ready for prime time, bark out too many instructions and the student leaves the court completely confused. The art of a great coach, like Leslie and Tad, is the ability to diagnose the problem as quickly as possible, and then offers a few concrete remedies. The overzealous pro who wishes to impress their students with their vast knowledge of the game may turn their player into a robotic figure. Athletes need to be spontaneous, and this is achieved when we coin the term ‘less is more.’

In summary, I have one particular student who wants me to continually emphasize eye contact. So, every week, we spend the bulk of our hour on one major idea and occasionally dip into other elements of his tennis game. With this simple tactic, students begin to flourish because it usually is solid, practical advice and often easily implemented. So… the next time you have the urge to offer some tennis advice, bite your tongue!