My Editor Goes to a Rock Concert, Sort of 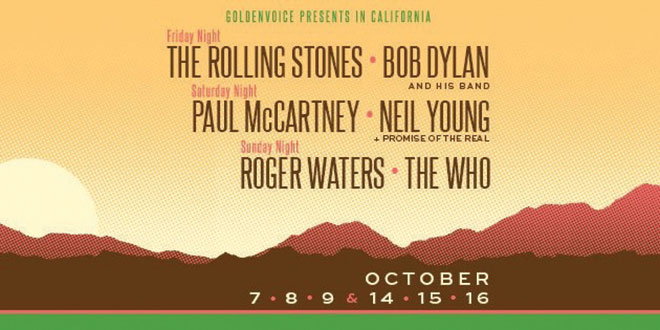 On Friday, October 14, 2016, the Coastal Breeze News appeared in newsstands throughout Marco Island, on time, and with 80 pages chock-full of color photos, columns, and articles sent in by the staff writers and a wide network of contributors. As usual everything was well presented by the production staff. It is up to Val Simon, publisher and editor, to oversee the editing and production process to make sure the paper gets out. The production process starts on the Thursday, a week before publication, and goes to the printer the following Wednesday, two days before publication. It is a hectic, stressful and sometimes chaotic week. It is however, what editors live for.

The editor must review everything that comes in and resolve the many conflicts and glitches that land on her desk. She is the indispensable sine qua non of the process. The pace intensifies on the weekend and reaches a fever pitch on Tuesday. I have received emails from Val at 4AM in the morning as she deals with articles I have submitted. She works into the wee hours of the night, long after her family has gone to bed. I am just one of a myriad of writers and contributors. At the paper we are attentive and sensitive to Val’s guidance and direction. Val Simon founded the Coastal Breeze News in January 2010 and is proud to call the paper her “baby.” Normally, she is fiercely protective of

Photo by Barry GwinnCoastal Breeze News Publisher Val Simon brings up images of theDesert Trip rock concert, while happily recounting why she went.“If they ever do this in the future, I would go again,” she said.

it. Now, on the critical Thursday, October 6th, just when she was needed the most, Val was abandoning her baby and flying off to a rock concert in far off and remote Indio, California, in the middle of the Mojave Desert. I wondered, how and why would she do this? And, who will put the paper together now?

Last May an ad for a rock concert appeared on Val’s Facebook page. Growing up in Racine, Wisconsin in the 1970s, she had been a devoted fan of a number of rock groups and had gone to their rock concerts when she could, many in nearby Milwaukee or Chicago. The concert, styled “Desert Trip” featured Bob Dylan, The Rolling Stones, Neil Young, Paul McCartney, The Who, and Roger Waters of Pink Floyd – all of whom Val idolized. “This was the concert of a life time,” Val said. “These guys weren’t getting any younger. Where else could you see them? This would never happen again.” She was wrong. Due to the tremendous demand, the concert reprised on October 14th. In a flash of irrational exuberance (a phrase popularized by Fed Chairman, Alan Greenspan in 2000), she went online and bought tickets for her entire family— her husband Rene, the service manager at Condee Cooling & Electric, and daughters, Jessica, a sophomore in college, and Stephanie, a high school junior. The concert sold out in three hours. 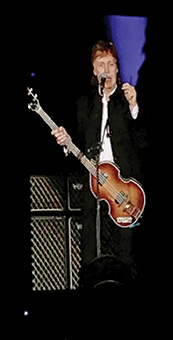 The tickets weren’t cheap. The concert was scheduled for three successive nights beginning on Friday, October 7th, more than four months away, plenty of time to save up for the trip.

As the summer wore on, Val began to have second thoughts. “It occurred to me that if we were going to go, additional reservations would have to be made for airline, hotel, and rental car accommodations,” she said. “I had a daughter in college and became concerned about the steep added costs.” Val decided to sell her concert tickets and cancel the trip. She posted the tickets, at cost, on eBay and two other sites, but had no takers. Finally, just a week before the concerts, she bit the bullet, took down the postings, and made the plane and hotel reservations she was hoping to avoid. On Thursday, October 6th, she and her family (Stephanie opted not to go) boarded a plane to LA, with a change in Dallas, flying off into the blue and leaving the staff in the lurch—or so I thought. This, in the face of approaching Hurricane Matthew and recurring tremblors along the San Andreas Fault, south of the concert site. In addition to getting the paper out, Val had to prepare the staff for possible power outages and complications from the hurricane.

Actually, after she left, nothing much changed. Articles, which I submitted, continued to be given the usual 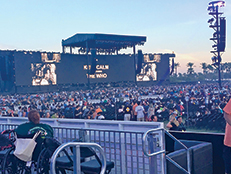 careful consideration. Over the weekend and at all hours of the day, Val and I engaged in one of our long running email battles about the content of one of my articles. It was business as usual. Val had left the office, but it had not left her. She took her “baby” along with her and kept it in her lap throughout the flight. During flights and layovers, the three-hour ride to the hotel, and while ensconced at the hotel, Val kept her nose buried in her laptop, staying in constant communication with her staff and writers. “My husband had to drive around by himself to see the local sights,” she said. “I wasn’t very good company.” She came up for air only to attend the concerts on Friday, Saturday and Sunday nights. On Monday, the family made the three-hour trip to LA, boarded a plane to Ft. Myers and arrived back here at 1:00AM Tuesday morning. Once again, her “baby” received constant attention on the way back. On Thursday, after the paper had gone to press, I stopped in to see Val, hopefully to get an interview about the trip. “I don’t normally do this,” she told me. I took this as a yes, and plunged ahead. She was surprisingly responsive and expansive.

The concerts, held outdoors in the cool desert night air, ran for three successive nights, from 6:15PM to around midnight. 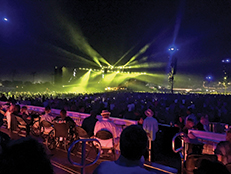 Val and Rene had grandstand seats to the left of the stage. They were joined by about 75,000 hyped up fans, their children, and some grandchildren; the overall average age was reported as 51. The first night, Friday, October 7th, featured Bob Dylan (who just won the Nobel Prize for literature) and the Rolling Stones. They were both late, but sensational once they got going. The next night Neil Young and Paul McCartney were up, and on time. Sunday night featured The Who and Roger Waters of Pink Floyd. Val was thrilled to hear them again. “Except for Paul McCartney, [whose voice showed slight signs of his age], none of the musicians seemed to have lost a beat. Everyone played amazingly well,” said Val. She particularly loved the performance of Neil Young, who played a bluesy rendition of “Down by the River” one of her earlier favorites. “That song went on for more than 14 minutes!” Following Young, Paul McCartney played a lot of earlier Beatles songs ending up with a delightful duet with Young of “Do it in the Road,” a Beatles song. Val recalled a lot of other highlights, but these stood out.

The trip had cost an awful lot of money and caused a high level of stress for Val. I asked her if she had to do it over, would she? “In a heartbeat,” she replied without hesitation. “My only regret is that I didn’t get to go back for the second concert [on October 14].”