Music from Marco to Norway and Back 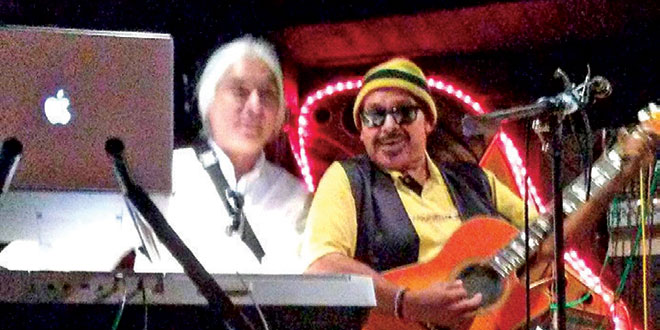 Joerey Ortiz has once again left behind his usual gigs on Marco Island and elsewhere in Collier County to experience music’s universal nature.

The singer, songwriter and guitarist is back home after spending one month playing dates in Norway, while visiting his brother and fellow professional musician, Gilbert, a former resident of Marco who moved to that country in 2008.

“We’re very, very close,” said Ortiz, who hadn’t seen his brother since 2012. “This was the third time I went to visit him and every time I go, I have to sing with him.”

He teamed up with his brother to play clubs and restaurants in such far-flung towns as Kopervig, Oda, Haugensund, Bergen and Skudneshauven. They even performed at a church service, held at a remote mountain village, two hours drive and a 90-minute ferry ride away from Haugensund, where Silverbird lives.

“It was packed,” said Ortiz. “We talked about pollution, ecology, peace and harmony, and getting along with everybody, our world, our planet and the brotherhood of man. Everybody loved it and listened to us like we were spiritual leaders. How about that?” 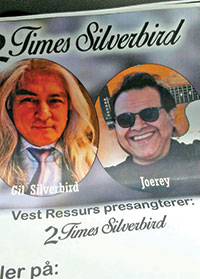 Leroy Brown” and hits from the songbooks of James Taylor and the Allman Brothers as examples.

“I did all the same things that I do here and people sang along. The people were so nice to me. They treated me like Elvis. I talked a lot about spirituality and nature. They love Native Americans there.”

The Ortiz family is part of the Navajo tribe.

When not performing, the brothers recorded music and videos in Gilbert Ortiz’s home studio.

Joerey Ortiz first came to Marco in the early 1990s to visit his brother and other family members in the area and decided to stay. The brothers formed a duo called Blood Brothers that was popular on the local scene.

Music is etched in his DNA. Ortiz grew up performing as part of the fourth generation of his family to be in show business.

“Our family used to rehearse every day in front of a mirror,” he said. “So it was like being a part of, not just a family, but working together made us that much closer.”

His parents, Steve, who lives in Naples, and Sandy, had a group called The Coronados that toured Europe and North America. The Coronados opening in Las Vegas for The Supremes, Frank Sinatra and other stars, and Tony Bennett in Lake Tahoe. 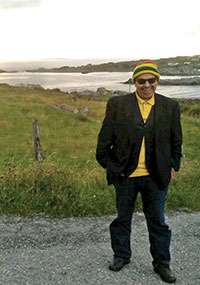 The group also appeared on “The Ed Sullivan Show” and “The Tonight Show with Johnny Carson,” said Ortiz.

When The Coronados disbanded, Ortiz’s father took the entire family, four brothers and one sister, on tour as The First Americans, a group that traveled around like TV’s mythical “Partridge Family.”

One of The First Americans’ highlights was recording an album with Sesame Street’s Big Bird entitled “Sleepytime Bird,” released in 1977. Ortiz said his mother wrote the title tune.

The Ortiz family was also the subject of an early 1970s PBS series entitled “Silverbird: The Birth of a Navajo Rock Group” than ran for 45 installments.

“Silverbird: The Birth of a Navajo Rock Group” chronicled the group’s rise, showing the family at home, at its first recording session and in concert performing such originals as “Sonny,” “Would You,” “Here I Come” and “Broken Treaties.”

Joerey Ortiz is currently performing at two Naples-area restaurants: the Old Naples All American Sports Bar & Grill, located off U.S. 41, from 5 PM to 8 PM, on Tuesdays and Wednesdays, and at the Blue Monkey Bar and Grille, located off Mission Hills Drive. He will also be returning to the Hilton Marco Island Beach Resort and Spa when it reopens in October, as well as at Goodland’s Little Bar when the tourist season resumes.