MPC’s Mission: Story of a Shoebox 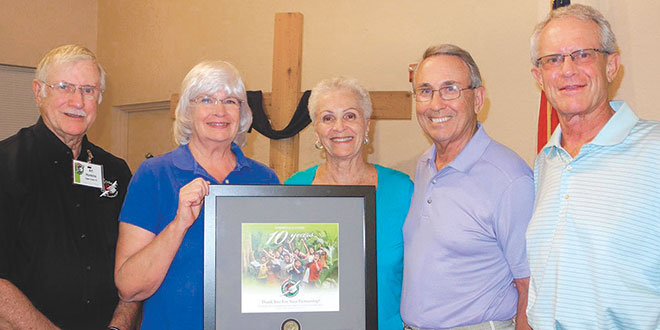 His last name means, “I pray to God,” and his life has come around full circle. Alex Nsengimana, a 1994 Rwandan massacres survivor, was orphaned at age four, and was later adopted by a loving Minnesotan couple.

But the transforming moment is his life was when he received a little shoebox. Nsengimana, a recent Crossroads College graduate, national spokesperson for Operation Christmas Child — the shoebox project — spoke at Marco Presbyterian Church’s Mission’s Conference on March 14. He shared the power and joy of a little shoebox that lead to acceptance, love and forgiveness.

As a child, he knew of God but was angry. His mother died of AIDS. He never knew his father, and his beloved grandmother who 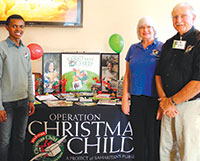 raised him was tortured and killed. His uncles were later massacred, and his aunt fell prey to illness and later died. He was placed in an orphanage. A shoebox gift helped him realize that somewhere someone loved him. God loved him, and God had a plan for his life.

With the help of mentors at the orphanage, he searched the Bible for answers, and at the age of nine, he became a Christian. Looking back at his life, he could see the hand of God protecting him during the massacres: the time he slipped on a cow pie, fell and a bullet missed his head; when a gunman went to load his weapon and dropped his bullets; and when

his foot just missed a land mine.

Although he had accepted Christ as Lord and Savior, he was still angry — angry at the killers and angry at God.

“If God cared for the Rwandan people why would he let millions of people die in three months,” he said in an interview prior to the conference. He realized that God loved him, and he wanted to share God’s love with others. Yet, he wasn’t ready to accept the killers. He prayed, struggled and came to understand that even the killers were created and loved by God.

“Forgiveness is still an ongoing process for me,” he said. “I want people to realize God is the god of the pain giver as well 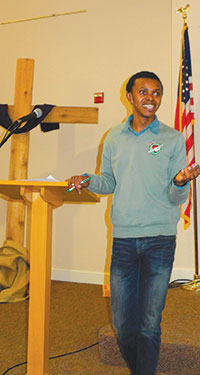 Last year through OCC, he was able to go back to Rwanda and distribute shoeboxes at his orphanage. However, the most freeing moment of his life was when he went to the prison and forgave and prayed for his family’s killers.

“It is my prayer that meeting my brothers in Christ could lead them to know the Lord too,” he said.

It warms his heart to see people packing shoeboxes, to see the smiles on their faces. “They are having blast packing boxes, but they have no idea what God will do with that box and the joy it will bring,” he said.

Nsengimana plans to return to Rwanda with his degree in pastoral leadership “to share the Gospel and the love that Christ showed me.”