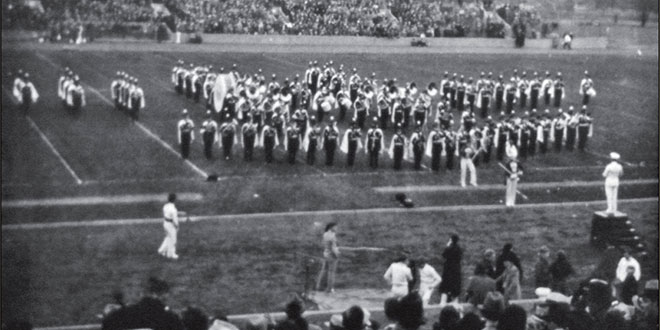 Anne Colpaert has raised three children on Marco Island. She has sent two to college and a third is attending Golden Gate Middle School. She was particularly close to her adoptive father, Joseph Colpaert and cared for him after he moved to Shell Point Assisted living facility in Ft. Myers six years ago. Her adoptive mother died in 1997. On August 13, her father died at age 97.

Joseph Colpaert grew up in Lynden, Washington, and played tuba in the local high school band. In 1935 he matriculated at Northwestern University, and played tuba in its band until graduation in 1939. “Dad was extremely proud of his days at Northwestern,” Anne said, “He made it a point to save memorabilia from those days, which he passed down to his two children.” Joseph graduated in time to serve in WW II (India Theatre of Operations) and then had a successful career as a developer in South Bend, Indiana where Anne grew up. Known as “Grumpy” to his grandchildren, they never-the-less adored him. He had 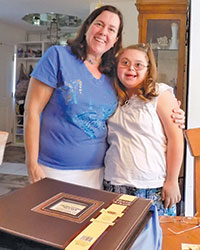 an influence on each one of them. Anne’s oldest son, Doug Gibler, played tuba at Marco Island Charter Middle School in 2002.

“When my father died, I was devastated and was having trouble coping,” Anne recalls, “I wanted to somehow reach out to him but didn’t know how.” And then, the next day, August 14, the Naples Daily News published a front page article showing the 13 Sousaphones (marching tubas) of the Gulf Coast High School Marching Band getting ready for the Macy’s Thanksgiving Day Parade in New York. “[This was the] first sign from Dad that everything is going to be OK,” Anne tweeted to her family and friends. And there it rested, until three months later when an article appeared in both the Naples Daily News and Coastal Breeze News. The article pointed out the need for a tuba in the three-month-old Marco Island Academy (MIA) band. The band had no credible bass section, needed a tuba, and couldn’t afford to buy one. Tubas are very expensive. “I had been looking for a 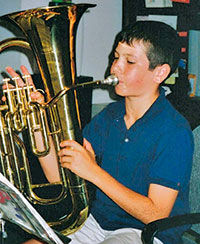 way to honor my Dad,” Anne said, “Now everything seemed to fall into place. This could honor my dad, start a tradition and create wonderful memories for more young students.” Anne shared her plan with her brother, who readily agreed.

On a warm December Sunday morning, I met Anne and two of her children in her Marco Island home. It is the kind of home any kid would love to grow up in. It is full of memories and jam-packed with the things her children used to enjoy. I could feel the love and the warmth. I meant to stay for only a short interview but stayed for over an hour – basking. Before I left, Anne wrote a check to MIA in the amount of $3,025 for the purchase and shipping of a brand new Wessex tuba. It should be here by early January. I can only imagine the expression on old Joe Colpaert’s face when it arrives.

If you would like to donate an instrument to the MIA band, or for more information, please contact Barry Gwinn, bgwinn@comcast.net.