Most tennis matches are only 10 minutes! 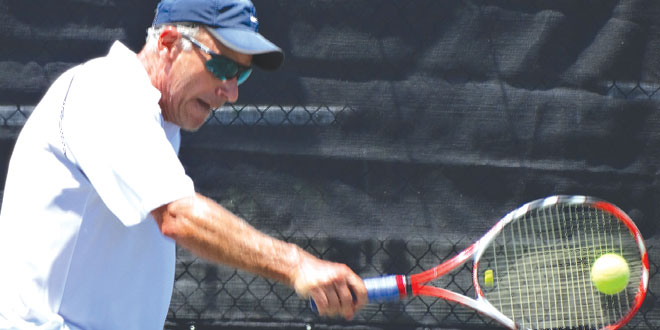 Wow! Stu Woo of the Wall Street Journal just wrote one of the most provocative tennis articles titled, “How much tennis is played during a match?” Woo offers, “To add it up, we started the clock the moment the ball left a player’s hand for a serve, then stopped it the instant the ball hit the net, bounced for the second time or clearly landed out of bounds. If the call wasn’t obvious, we paused the timer when an official ruled the ball out or called a fault or let.” Even though Andy Murray’s US Open singles match lasted two hours and 41 minutes, the actual play was only 26 minutes or 16.4% of the time! If we take a moment to reflect, we need to re-think how we have analyzed epic 5-set matches.

For example, in recent history, we have witnessed numerous tantalizing matches: The Wimbledon classic as Nadal edged Federer; Federer sneaking by Roddick at Wimbledon when Roddick mis-played the high volley. In the last two Australian Opens Djokovic had to survive two of the longest matches in history as he defeated Nadal and then Murray. However, we were mesmerized; how could an athlete continue to excel in the sixth hour of competition? But now, after Woo’s insightful article, I have a completely different view. A six hour marathon is really a 45-50 minute physical encounter. However, to really put 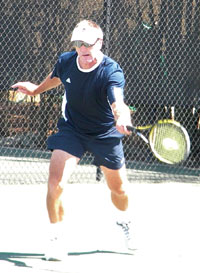 this Grand Slam match in the right context, we must focus on the mental demands of the long tennis match.

When two combatants battle for three, four, five or even six hours, it is the mental strain that is being tested. In other words, even though there is only 15-20% of actual play, the two foes must stay in the moment for the entire match or risk losing much quicker. So far, I have dedicated my attention toward the pro game but it is equally important to discuss our recreational players. Most doubles matches last about 90 minutes; how much actual tennis is being played? If we follow Woo’s earlier analysis, each doubles participant is playing for about 8-10 minutes!

Attention weekend warriors: If you were looking to drop some major weight, 8 minutes of exercise is not going to do the trick! We must concentrate our efforts off-court; tennis is a stop and start sport and we must learn specific exercises to build our endurance. Ironically, long distance running is not the correct approach; it may help shed pounds but could slow you down. My number one tip for serious CTA/USTA competitors is to consult a fitness professional and ask her to design a specific program to enhance your tennis game. The key is to build up the body off-court so the player is in great physical condition which will immediately enhance the mental game. Why? 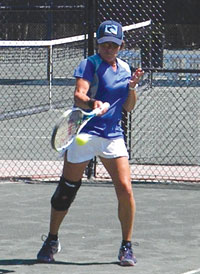 When a player is in top physical form, it empowers the brain. Now, the player will be able to practice for hours and continue to thrive in tense situations. There is nothing more impressive than to witness senior players who have dedicated their lives to fitness. I currently coach several 60 and over players who are in such amazing physical condition, they look twenty years younger. When the going gets tough in their 10-point Super Tie Breaks, these supremely conditioned players rise under pressure.

Tennis is a great activity sport but we cannot rely on doubles play only. The average points only last seconds; it is imperative to off-court train to enhance our skills. As Woo points out, ‘there is plenty of down time in tennis. Players take breaks at changeovers and between sets. They argue and change rulings (the new Hawkeye technology which allows players to challenge line calls) towel off and bounce balls before serving.” It is clear that an actual tennis match is considerably shorter than we ever realized. Take advantage of this new information and focus your energy on off-court training with a top fitness instructor. Good luck.