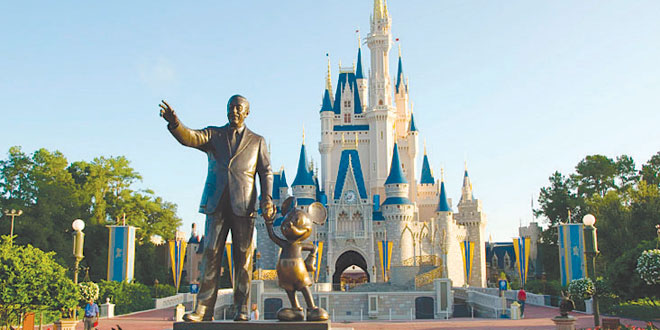 The Law Offices of William G. Morris, P.A. is pleased to announce the gift of an all-expenses paid trip to Disney World has been made to a Naples family. While the firm is not at liberty to disclose the name of the recipient, firm officials want to describe the family so that all interested in the firm’s anniversary gifting program will know as much detail as possible. The award was made as part of the firm’s 30th anniversary celebration.

The winning family consists of a father, who will be referred to as “JS,” and twin boys. The father’s full-time job is taking care of the children, who were born with cerebral palsy and have developmental delays. The two boys participate in an equestrian program in Naples by scholarship, and each boy has a different level of development.

The person nominating the family confirmed that the family never misses a lesson and the father always arrives with the boys early. According to the nomination, JS is one of the only parents to genuinely say “thank you” on a regular basis for the gift of therapy at the equestrian program.

The family has never been to Disney World and hopes to travel to Disney during school break this spring. As noted by the nominating person, “They will truly appreciate and treasure every second of this once-in-a-lifetime opportunity.”

The award was made personally by the firm of William G. Morris: “Understanding what this family has been through and the sacrifices made by JS is heartwarming and heartbreaking at the same time. We are thrilled to make the award.”

The firm’s “For the Family” program was started to celebrate the firms 30th anniversary and will continue each year-end holiday season. Firm officials want to thank the community for the nominations: “We received many worthy nominations, and all employees of the firm voted in determining the recipient.”

The firm looks forward to next year’s award.