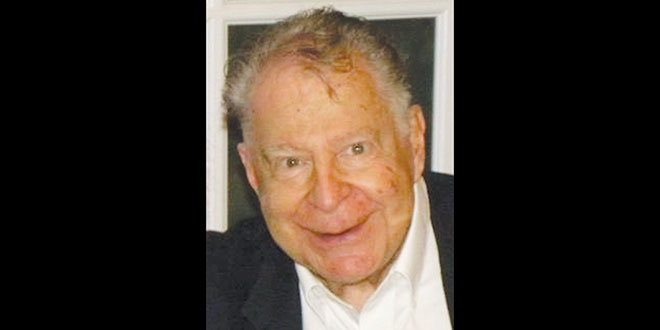 Monte Lazarus passed away on Saturday, October 3, 2015, at Avow Hospice with his wife and friends at his side.

Monte served in the U.S. Army in Europe in 1954-1956 as a legal non-commissioned officer, and received a commendation from the Commanding General, USAEUR for his performance of duty.

After serving in the U.S. Army, he was employed by the U.S. Aeronautics Board from 1956 until 1973. He received the C.A.B.’s highest award for Meritorious Service.

In 1979 he received the William A. Patterson Award, United Airlines highest honor.

In 1989 he moved to Marco Island, where he devoted himself to many civic, governmental and charitable activities. On August 11, 2015, he fulfilled his dream of being Marco Island City Magistrate.

There will be a Celebration of Life on Sunday, October 18th from 4 PM– 6 PM at Rose History Auditorium on Marco Island.

Donations can be made in Monte’s name to the Marco Island Fire & Rescue Scholarship Fund at P.O. Box 925, Marco Island, FL 34146, or a charity of your choice.