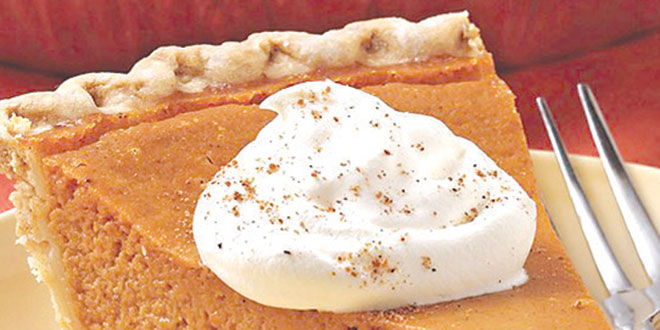 The season of pumpkins and goblins is behind us for another year and we have officially entered into the “Holiday” season. Looking back at Halloween, I wonder how many children suffered bellyaches from over-indulging in sugar? No judgement from me. When I have sugar products in the house I eat them. I OVER eat them. My self control dissolves and I fall into a cycle of eat, headache, regret, repeat. If only I was better at moderation.

Recently a news report was released warning us to limit our intake of red and processed meat because they may contain possible carcinogens. The list includes, but is not limited to, hamburger, steak, veal, ham, bacon and sausage. This news was not surprising to me and it really isn’t new information because after all, isn’t too much of anything not good for us? I believe that even media releases of the latest studies can be harmful when we over-indulge ourselves with the new information.

When our oldest daughter was pregnant with her first child she received a litany of information from her doctor. The list of things she shouldn’t eat, drink or do left few options that passed as healthy or appropriate. She became anxious and irritable. My observation was that the stress of staying within the strict boundaries of the recommendations was more harmful than an occasional indulgence. She is due to deliver baby number three this spring, and using her past experience and common sense, she is far more relaxed this time around. The key, once again…moderation.

But can we be satisfied with moderate amounts of anything? Do we settle for “good enough” when “bigger and better” are right around the corner? Do we sit down at the Thanksgiving table and eat sparingly of turkey, potatoes, gravy and pie? Or do we eat until our bellies ache and drowsiness takes hold?

We live in a world of excess. We are the “land of the free, the home of the brave…” and the humming hub of too much. Our meals get “super sized,” our beverages are “big gulps.” We demand faster internet, extended cable and high quality HD TV. We have unlimited information available 24/7. We can watch a war in progress or the reality of someone else’s life from our living rooms. And all of this can be experienced with the touch of a keypad from phones that appear to grow from our fists like a metal, micro-chipped appendage.

When I was growing up we didn’t have an overabundance of “stuff.” As one of four children, I remember the rare treat of getting a candy bar. One bar, cut into four equal parts so that we all could enjoy its decadence. We had one car. We had two bathtubs and no shower stalls. And we had only one telephone. It was attached to the wall by a tangled spiral of rubbery wire, and our use of it was limited.

I’m not going to say “those were the good old days.” I believe the “good old days” are blooms grown from the seeds of “good old memories,” but for me, they were the days of good old moderation.

As the holidays approach and I create my lists of meals to plan, groceries to buy, decorations to hang and gifts to purchase, I have to stop and remind myself of two things:

First, practice moderation. If I think it’s “not enough” it’s probably, in reality, more than enough. And two, there are many people living in our world, our towns, and in our neighborhoods who may live in the world of excess, but it’s bounty is just beyond their grasp. My guess is they have honed the skill of moderation to a needle sharp point. Perhaps, for me, practicing moderation could be expressed through generosity to those who live without the comforts I often take for granted.

The philosophy of yoga addresses moderation in many ways. The practice of showing compassion for all living things and thoughtfulness for others is Ahimsa. We practice Santosa when we display contentment for what we have and acceptance of what happens. But Aparigraha may best sum up the definition of moderation. Aparigraha tells us to take only what is necessary and release our attachment to excess.

So as the Holidays approach with all the usual temptations, take one moment to step back, close your eyes, and inhale moderation. Then cut your piece of pie in two and share the decadence with another.